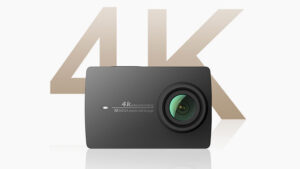 Xiaomi sells phones, tablets, and even Segway-like roaming gadgets for consumers across the globe. But that’s not all – Xiaomi has served the adventure purists with its own version of an action camera, called Yi Action camera. And just like every other product in their stable, the camera was way cheaper than the popular GoPro products.

Now, they have upgraded the Full-HD-friendly action camera with a 4K video-recording supported Yi Action Camera 2. This Yi camera sequel shoots videos in 4K resolution, which is now more common than it was few years ago.

Who Needs a GoPro?

Yes, that’s what the order of the day was when the first Yi Action camera was launched in 2015. But here’s the reality: The cost at which Xiaomi is making these products, the cost of compromise, becomes gradually evident.

The 16-megapixel-toting Yi action camera was merely filling up the numbers, without matching up to its premium peers in the market. The camera sensor is the most expensive aspect of these cameras, so for Xiaomi to sell their versions for half the price of a GoPro, does make a lot of sense. Sadly, you cannot and should not expect the latter’s quality.

All About the Yi Action Camera 2

The Hacker Group Suckfly at War with Corporate India

Brexit and will the British Pound remain stable