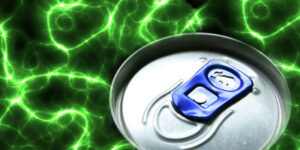 Energy drinks can be the first thought for many when they want a quick boost of energy to get them through the day. There is often a lot of variance surrounding the facts and consequences of energy drinks and whether they can actually help or not. Read on to find out the truth behind the most common misconceptions.

1. Energy Drinks Contain the Same Amount of Caffeine as a Cup of Coffee

The amount of caffeine in both coffee and energy drinks can vary quite a lot depending on the brand but energy drinks have been known to contain up to five times more caffeine than coffee does. A cup of coffee made at home might contain between 40-80 mg of caffeine while an energy drink can contain as much as 300 mg per can.

2. They Can Significantly Improve Athletic Performance

It seems to be a very common misconception that drinking an energy drink before sport of exercise can help to improve your performance. There is no concrete evidence to suggest that this is the case. Although some drinks contain ginseng and taurine, which have the potential to improve your performance, there is not enough included to make a real difference. An infographic produced by Bwin revealed that over consumption of these drinks can actually leave you dehydrated, which is ultimately what athletes want to avoid.

3. Energy Drinks Don’t Have Any Effect on your Health

Although they can be great for providing a short-term burst of energy every once in awhile, regular consumption of these drinks can cause many adverse side effects such as insomnia, headaches and respiratory distress. There can be as much as 20 teaspoons of sugar included in energy drinks, which is way beyond the recommended daily amount.

4. They Will Give you the Extra Energy that you Need

As these drinks contain high amounts of sugar and caffeine, they will give you a short term burst of energy but will cause you to crash at some point during the day as they cannot help you maintain the energy. According to a report produced by the National Institutes of Health, energy drinks actually cause “excessive daytime sleepiness” the day after consumption.

5. Energy Drinks Include many Vitamins and Minerals

Ingredients listed on the label can include: vitamin b, ginseng and taurine (an amino acid) so at first sight they can appear a good option. However, there are only small amounts of these included and the excessive amounts of sugar and caffeine in the drinks cancel out any benefits that would come from this.

6. Mixing Energy Drinks with Alcohol Has no Effect

Recent reports have shown that mixing energy drinks with alcohol has the same effect as taking class A drugs. According to an article by The Daily Mail, consuming this mixture of substances during adolescence can affect the chemical balance of the brain in adulthood.

Five Annoying Windows 10 Problems and How to Fix Them

5 Types of Apps Every Business Owner Needs In Their Life