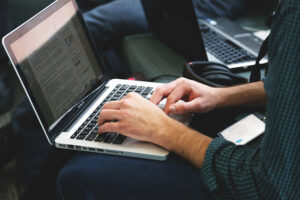 The major downside we can find in this kind of services comes by the hand of restrictions to be applied mostly because of economical reasons. For starters, many of these streaming services require a monthly fee in order to work, and considering the fact they are app-dependent (they use their very own apps or website to work and no other player) unless they provide a free, advertised, version of the app itself, content won’t be available to be played if we don’t pay such monthly charge.

For those unaware of what we imply with media streaming services, we can define these companies as providers of audiovisual content like music, series or movies through the Internet, with unlimited access for its subscribed users for a modicum fee, regardless of the usage of such service from the user itself.

Most certainly, these services are slowly becoming an essential aspect of our common routine, even replacing old subscriptions like cable television, but is it cost-effective to invest into a streaming media client? Let’s find out!

Since downloading files, either by buying them through vendors like Amazon, or requiring to the “black market” by using illegal distribution means like torrents and file hosting links, required a basic background on how computers actually work, for many people this was a limiting factor prior engaging on the offer of products to consume.

On the other hand, streaming services universalised the core knowledge, only requiring to log at a certain page to locate several movies, cartoons, series and more as it proves to be the case of services like Netflix, Amazon Video or Hulu.

The major downside we can find in this kind of services comes by the hand of restrictions to be applied mostly because of economical reasons. For starters, many of these streaming services require a monthly fee in order to work, and considering the fact they are app-dependant (they use their very own apps or website to work and no other player) unless they provide a free, advertised, version of the app itself, content won’t be available to be played if we don’t pay such monthly charge.

The only valid explanation we can think for this phenom relies on a mindset switch on the importance of the ownership of intellectual property, which until this point was considered to be enough to get your hands on an authorized copy of media content; whereas now doesn’t seem as a valid choice and industries have thought of new means to combat piracy.

Access is now a privilege rather than a right on the liberty of internet implied rules. Thus image/audio quality is ensured to be given at its best as a counterpart of paying for accessing media content. We can analyse the latest trends in the usage of streaming services with the help of this infographic by Ooma.

Downloading or Streaming: which one suits my needs?

Naturally, this change of policies on how content is exhibited and access restriction led to the classification of media content by two possible acquisition means: Downloads and Streaming.

First and foremost, a high-speed internet connection is required for both scenarios, but mostly for streaming content as connection has to be constant, and speed requirement will be directly linked to image/audio quality, yet websites that give video streaming services offer a “buffer” – which translates to several minutes of a video to be downloaded beforehand in order to prevent events like interruption of internet access from affecting the visualization experience.

In the case of streaming content, that content is never saved on your device, as you are only granted a temporary gate to the server where the file is located, and encryption services protect the data in question to be downloaded. Content can be accessed for free under certain regions like what happens to NBC, ABC, CBS and other television networks, or free with advertisement as Spotify Free works – yet including restrictions such as tracks not being able to be skipped or played again unlike their premium service.

Downloading, on the other hand, allows your device (laptop, smartphone, tablet) to be directly connected to the server where the file is located and get a digital copy of the file to be stored on the device hard drive. Generally, you need to wait until the download is completed to play such file, yet services like iTunes allow us to watch parts of the media content itself while it’s being downloaded.

Most certainly. If we put the cost-service relationship under magnifying glasses, most likely we can conclude that fees to be paid for certain services (like streaming audio files) are actually more expensive than to buy the physical version of that very content from an authorised dealer.

Since subscription means are required to play the content in question, the promo strategy used by service providers relies on the variety of content available for the fee to be paid and the process of simplifying the streaming interface for avoiding technical inconveniences to arise.

Yes, data isn’t yours, but consider the fact you are also preventing potential lawsuits as for travelling to certain countries like the USA, you had to prove valid ownership of the media content you wanted to watch to avoid potential copyright infringement issues, which is assumed in streaming media clients.