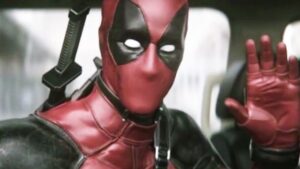 The gaming industry has developed at a pronounced rate. Gone are the days when games were only launched on few platforms like computers. Gaming on mobile has now become a norm. This norm is even escalated with the release of Android and it is getting better and better over time. It will not be long before mobile will feature the best games.

The Play Store is filled with variety of free and paid games. The industry is expanding on regular basis which is obviously a positive trend for gamers. There are even many Android phones for gaming which have enhanced the entertaining experience of the users. Nevertheless, here are top 5 Android games:

There is no chance of you not coming across the term Pokemon Go. Since its release in July 2016, it has created extra-ordinary hype all over the world. It is clearly one of the best Android games ever released. It is a game where you walk around the real world catching Pokemon. This is a special game for Pokemon lovers. If you still have not enjoyed the game, do not miss out the chance.

Square Enix is one of the most popular developers that took mobile gaming to a whole new level. They have one of the best Android games available. Some of the games are Chrono Trigger, Hitman: Sniper, the original Tomb Raider and many other. There are many other games which are pretty good.

You must have come across the term Rockstar. Rockstar is recognized for developing Grand Theft Auto series. Some of their games are made for mobile titles. You have some classic games like Grand Theft Auto III, Vice City and San Andreas. The open world adventure game, Bully is also available on mobile phone which has gained immense popularity in its time. Rockstar has always had praise-worthy reputation. When it comes to mobile games, Rockstar is no less.

Minecraft is another popular game which has spread its influence all around the world since a long time. Minecraft is all about a massive world when you have to mine and build stuff and beat up the bad guys. It is about anything you want to do. There is even a survival mode present where you must mine your resources and there is also a creative mode where you have unlimited everything.

Since its release in 2015, it has evoked a sense of excitement in gamers. This is a game where you can create babies and even entire communities. You have to build a fallout shelter and increase its population, later managing it. It is an easy to play game with high entertainment.

These were just few of them. The store is filled with countless games to enjoy. Games are not the only thing that Android offers. Tech Pepe is a technology blog where you can get to know much more about Android and current smart phones.

7 Ways to Save On Small Business Expenses

The Pros and Cons of Media Streaming Services