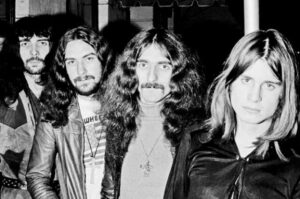 When rock stars get up into their sixties, it’s pretty much a given there’s only so much gas left in the tank. In some instances, like with Aerosmith, Black Sabbath, Van Halen, and the Axl Rose solo project that’s masquerading as Guns N Roses, it takes so long to get albums finished, you pretty much assume that’s the last you’re going to hear from them.

Yet Rolling Stone is now reporting that Black Sabbath want to do another album, their first since the Rick Rubin produced 13. Blabbermouth has reported that when the band played Hype Park in London on the 4th of July, it could have been the band’s last show, but now there’s reports the band will be at work on a new album in 2015, with one more final tour after that.

As Ozzy told Metal Hammer, “I want to do it before I’m 70. Time isn’t on our side. I believe Rick Rubin is going to do it with us again. It’ll be sooner rather than later. I don’t know if we’ll be writing in England or L.A., but I’ll fly to the f*cking moon if I have to.”

The last Black Sabbath album, 13, was actually pretty decent, and we don’t see any reason why one last go around wouldn’t be at least as good, if not better. At least until the next final album and tour after that, right?