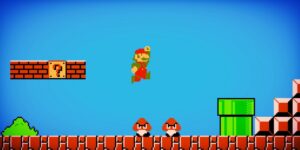 Have you ever been at work or school and finished your daily tasks way ahead of time? Were you bored and looking for something to do but quickly realized all the fun stuff is blocked or banned by your school or place of employment?

If so you are not alone. Most schools and businesses block certain websites from being accessed because they believe these games are nothing more than a distraction. And while that may be true, the reality is sometimes you just want to have a little fun.

It doesn’t matter where you are in the world, as long as you have an Internet connection you can be entertained by some of the best games online.

The World Of Online Gaming Is Evolving

For the most part when you think of playing unblocked games online you think of a bunch of young men glued to their mobile devices and laptops for hours on end. But boy, have times changed. These days there are just as many women playing games online, as there are men.

As a matter of fact, according to some research, of the 700 million people who play games online all over the world, as of 2013 46% of them were women. That’s a huge jump when you consider less than 50 years ago scientists and mathematicians were the only ones playing video games.

Which Games Should You Play Online?

With thousands of online games to choose from it can be difficult to decide which ones to give a try. To help you wade through the deep waters of online gaming, here are 5 of the most popular games that are guaranteed to keep you hooked.

If you love action games you will absolutely love Storm The House. This game consists of you living in an adobe house in the middle of nowhere. And while you have no neighbors, there are people out there trying to get you. It is your job to protect your house and show them who’s boss.

Anything with the name Tetris in it is always going to be a winner. However, this isn’t the type of Tetris game you are used to. Instead, in Tetris’D you will play a block dodging stick man that must do all he can to survive. Start playing and see how long you can last.

This online casino style game is great for those who enjoy a little virtual gambling. And while there is nothing overly complicated about this game, it is indeed addicting and is sure to have you up all night. The standard roulette rules apply to this game.

All the levels are different and you even have the ability to create your own levels via the in game level editor. You can also save and share levels using the level codes generated by the game itself.

Texas Mahjong is a very popular online card game that will keep you occupied for hours on end. The objective of the game is to get the highest score by building a great poker hand.

To build your hand you will simply move tiles from the board to your hand. Please note you can only move a tile if there is no tile to the left or right, and no tile stacked on top.

If you have never played Texas Mahjong be sure to try it today. It is by far one of the best online games you will ever play.

How PayPal Has Changed the Digital Industry and What Will the Role of Banks Be in the Coming Years?

The Secret Reason You Care About Qualcomm’s Gigabit Smartphone Modem