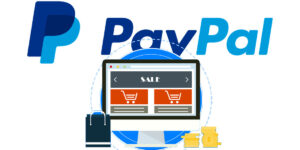 We live in a digital age, and nowhere is that more noticeable than when it comes to the transfer of money. Today we can send and receive money from the comfort of our own home, run international businesses with ease, and even play new online bingo games easier thanks to PayPal. In short, PayPal has drastically changed the landscape of the digital industry and the role of banks. As it continues to expand and become accepted in more and more places, it is believed it will change the role of banks even more.

How Has PayPal Impacted the Way People Do Business?

As the internet became more popular and smartphones started to be the phone of choice, businesses responded by offering more ways to conduct business/commerce online. People needed to be able to buy goods and services, access money for the gaming/gambling industry, and send and receive funds from family and friends. PayPal saw the opportunity and jumped on it.

When you think about it, PayPal has actually managed to change and impact global spending in general. It’s never been so easy and fast for money to exchange hands on a global scale. Think about it. If you wanted to send money to a business overseas in the past, a bank transfer was necessary.

This bank transfer would most likely need to be done in person, there was usually a fee involved, and the process itself took many days before the recipient would receive the funds. With PayPal, you can send funds immediately from your own home and have it appear in the recipients account in mere minutes. Business is able to proceed smoother and quicker.

What’s really interesting is that when PayPal was first launched it was seen as a way to pay for your eBay purchases. The banks didn’t take too much notice of PayPal, and it really didn’t affect them. Over time as PayPal expanded and people became more accepting of it, banks started to realise that it was causing some serious competition. Today that rivalry is stronger than ever.

PayPal is able to offer something banks can’t – and that’s real-time sending and receiving of money. In today’s day and age, real-time transactions are an absolute must for businesses and people in general. We’ve entered into a new era where banks aren’t competing with each other, rather they are competing with these digital services such as PayPal.

So what are the banks planning to do about it? Well not much is in the words at the moment it seems. A report that was published a couple of years ago called Eyes Wide Shut: Leading for Innovation in Post-recession Britain showed that just 17% of banks and lending institutions thought innovation was a priority. What this means is that there aren’t a whole of plans and ideas in the works to try to win back some of what they’ve lost to PayPal.

It seems their approach has been to appeal to customers instead and make banking about the personalised experience. While this may sound good in theory, it doesn’t seem to be having much of an impact on customers. Sure, they will always retain those customers who aren’t a fan of digital payments and innovations, but that makes up a small percentage.

The Exodus Will Continue

As PayPal continues to change the landscape of the digital industry it seems as though banks are in this constant phase of catching up. Until they embrace change and accept that innovation is necessary on their end, this trend will continue and PayPal will continue to dominate.

How High-Tech Innovations Are Driving the Home Security Boom

A Little Fun is Not At All Bad