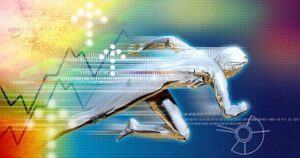 Qualcomm just announced their X20 Smartphone Modem which has been clocked at 1.2 Gigabit’s Per Second. Now, if you are like me, you must wonder what the heck you do with that kind of speed and think that if you used it to download big files you’d blow out your data plan in in the time it takes you to read this column. But what no one seems to be telling you is that it isn’t this top speed that is important, it is how they get there. You see they get there through something carrier aggregation which means that, with this modem, you are downloading from more than one carrier at once resulting in a potentially huge benefit where you typically don’t have much network performance, at the network’s edge.

Carrier Aggregation is a core part of something called LTE Advanced and it is likely the most valuable feature of Qualcomm’s new generation of modems and LTE Advanced. It has resulted from a combination of technologies in both the modem and antenna solution that provide a unique advantage. What it does is it connects you to more than one carrier to increase data speeds and while the peak speed of 1.2 Gigabits is impressive when you have tons of signal this aggregation can give you data rates of 2x or more at the network’s edge where data performance currently sucks.

You know like those times when you are sitting on a plane after forgetting to download a movie to watch and you are hoping the stewardess doesn’t notice you aren’t in airplane mode yet? This is because the metal in the plane tends to work like a partial Ferriday Cage. This cage does one hell of a job preventing you from getting a decent signal and just when you need all that bandwidth you don’t have it.

Even downloading a book can be iffy in a plane while it is getting ready to take off and I’ve been stuck with books partially downloaded because I just couldn’t get enough bandwidth or time before the plane got beyond the networks limits and while in-flight Wi-Fi has gotten better spending $15 to download a $2 book has always seemed a tad annoying to me, and it can take longer to download a movie than the fight is in the air. Not to mention not all planes have working Wi-Fi yet.

Why An Expensive Phone Is Worth It

Generally, only the most expensive phones will have this capability and given Apple has been on a cost cutting binge, it is very likely their new iPhone 8 costing over $1,000 may not have it. I expect that last is going to do some interesting things to the initial reviewers who may object to the most expensive phone having cheap components. But most high end phones should sport this modem and, if you are like me, and often find you need more bandwidth and time to download or upload that critical video, document, book, or just get your email to fully update you’ll likely find it worthwhile to buy up market and make sure you phone has a Gigabit modem and not the bargain basement alternative that cheaper phones and Apple users may have to live with.

I’m looking forward to this new class of phones with these far faster modems because I seem often to get caught on runways suddenly realizing that the movie I’d intended to watch didn’t download or the book I’m reading won’t last the flight and I really hate being bored particularly in coach in a tight plane. This feature could save my sanity which is why I’m not only looking forward to it but figured I’d share it with you so you could as well. I expect many of you are like me and are also often stuck without content or in a pinch to either download or upload your mail or project. This is one of the few things in a Smartphone that are like a performance car. It really doesn’t matter what the top speed is, you’ll probably never drive that fast, but how quickly the car does 0-30 which is where you are more likely to want and use the performance. With this new modem and antenna solution it isn’t how fast the theoretical speed is that is important it is that your day to day speed will be 2x or more dependably that is.

A Little Fun is Not At All Bad