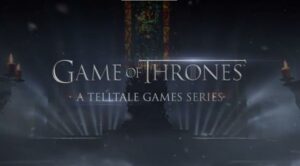 Game of Thrones is the hottest thing on TV, and word has now leaked that Telltale has a Thrones game that will be unleashed soon.

It seems only natural that there would be a Game of Thrones video game, and not just because the show is so popular these days. There’s way more depth and good storytelling in video games these days, and they provide a lengthy story arc for a lot of good stuff if the right creative team is involved.

According to IGN, the game “will run concurrently with the TV show and may go on longer than one season thanks to a multi-year, multi-title deal.” If this report proves true, the game will launch by the end of this year on iOS, Mac, PlayStation 3 and 4, Windows PC, Xbox 360, and Xbox One. We at TG also feel that having the game and the show run concurrent with each other is an snspired idea, and it seems that fans just can’t get enough Thrones, so why not?