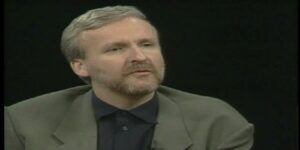 When it comes to the Terminator franchise, most movie fans would agree that the first Terminator movie and arguably the even better sequel Terminator: Judgement Day are two of the best sci-fi/action movies ever released. Unfortunately, the following movies have paled in comparison, raising the question of whether it may be time to put the franchise finally to bed. However even if the later flicks didn’t win over the critics, the fact is that they still do consistently well both at the box office and via numerous tie-in products (video games, slots and so forth).

No matter how much they are still dependable earners though, and still keep the money men happy, truth is that the Terminator is really begging for a revitalization. After all the Star Wars series has done well with their latest couple of movies despite the previous three movies being pretty awful – so how to get the Terminator rolling again? The answer appears to be once again following another trend – returning to the roots of the storyline. Ridley Scott returned to direct a reasonably decent Alien: Resurrection, so could James Cameron – the director and co-creator of the Terminator story – breathe life back into the franchise? It’s looking very likely that this could well be on the cards.

Talks Are Already At An Advanced Stage.

In a recent interview, Cameron explained that he saw the future of the franchise taking a similar route to the recent Star Wars spin off Rogue One, introducing new characters but retaining the core of the storyline. While this may sound plausible it may prove a bigger challenge for the Terminator series though. Star Wars has an entire universe to play with, as well as a wide range of literature and millions of obsessive fans. The recent Terminator movies have not really retained a concurrent storyline, so it’ll need some serious re-imagining to make it work.

Cameron clearly understands this dilemma which is why his talks with David Ellison (current owner of the rights to Terminator) are focused upon a fresh trilogy of movies – directed and likely also produced by Cameron – to breathe life into the storyline. He goes as far as to use the word ‘reinventing’ suggesting that that it’s likely going to be very different to the mishmash current plotline.

Obviously, it comes down to cold hard cash. Thanks to being one of the best-known franchises in movie history, taken as a whole and not adjusting for inflation the current five movies have generated just short of $2bn worldwide at the box office alone, against a production total cost of just over $600m. So that’s a billion and a bit dollars just from ticket sales – all the secondary income streams haven’t been accounted for, but you’d expect DVD sales and franchise image rights will throw another nine figure number on top of the current income the Terminator has generated.

So another three movies – directed by James Cameron – and with all the bells and whistles of a top quality big budget modern flick, the profits could be absolutely enormous. The secondary revenue income can also be vast. The Terminator 2: Judgement Day slot machine, for example, remains still one of the most popular games, and it’s been running for years. You can bet that people would flock to the likes of Platinum Play online casino to enjoy three more Terminator games, especially if the franchise proves to be a smash hit.

If It All Fails?

There’s also the small matter that while Cameron himself is indisputably an A-list director and producer, he’s not had a box office smash since 2009’s Avatar – which while a commercial success was hardly the greatest movie of the decade. Bringing back the Terminator franchise to form would represent a massive achievement and cement his place in Hollywood legend. After all even if the project bombs – it’s still a guaranteed way to make a retirement fund!

Stuck On What To Bring To A Summer Potluck?