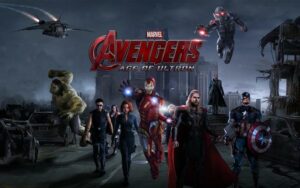 We didn’t think this would come in so quickly, even before the official reviews, but first reaction to Avengers 2: Age of Ultron has hit the net. What’s the verdict so far?

Well, if the social media we’ve seen so far is to be believed, it looks like the long awaited sequel to the biggest superhero movie of all time is indeed a winner. Cinema Blend tweeted, “Tons of fun, awesome action, and fantastic performances from all.”

Critic Christopher Rosen tweeted, “Oh yeahhhh it’s good!,” and critic Terri Schwartz tweeted, “While #Avengers felt like a bookend to Phase 1, #AgeofUltron definitely feels like a conduit of things to come. That being said, it rocks.”

Critic Drew Taylor tweeted that Ultron “is darker, weirder and more emotional than the original. It’s also the thrill ride to beat this summer.”

Another reaction that several tweets mention is that this movie is overstuffed with incredible geek stuff, but that you love it instead of feeling stuffed yourself. Critic Mike Sampson tweeted, “nerdy in the best possible way,” and fellow film writer Mike Ryan also tweeted, “Sooooo many characters and soooo much going on, I can’t believe it’s coherent, let alone so fun.”