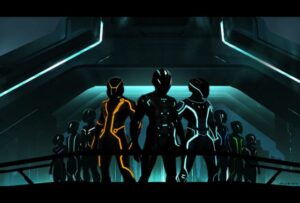 Okay, so Tron Legacy wasn’t that great. Great visuals, sure, but it could have been much better. Still, it’s good to have Tron back, we still have great memories of the original, and we hope the next one down the assembly line will finally reinvent the movie in a great way for today’s generation.

We figured a third Tron would be in development hell for a long time, but apparently it’s currently on the fast track to get made, and Collider tells us Garret Hedlund and Olivia Wilde are coming back. Apparently the next Tron will be filming this October in Vancouver, and according to this report, the denizens of Tron’s world may be leaving the grid and going into the real world.

The next Tron is allegedly going to be called Tron: Ascension, and Joseph Kosinski will return as the director.

Tron is a well-loved movie today that was actually a big flop when it first came out, and while Legacy didn’t set the box office on fire, it did well enough to get a sequel green-lit, and again, it’s good to have Tron still among us after all these years.

Analytics and the US Presidency? Which Company Will Take the Prize?