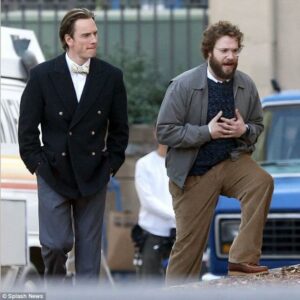 We’ve been reporting diligently on the Steve Jobs movie that’s currently filming, because we’re very curious to see how this one’s going to turn out. We personally feel it’s got a very good shot because of the talent involved, especially with Danny Boyle directing, and Aaron Sorkin writing the script.

There’s been speculation that the movie would be ready this year, with Universal hoping for a quick turn around, and now it’s official, the movie will be landing in October. October 9 to be exact.

As Variety reports, this puts it in just in time for awards season, and as previously reported, the movie is indeed going to be divided into three long scenes, apparently like a stage play. On the same date the Steve Jobs movie, which is still untitled, the movie clearly doesn’t have much competition, because it’s going up against two thrillers, Kidnap and the Finest Hours, as well as a reboot of Vacation.