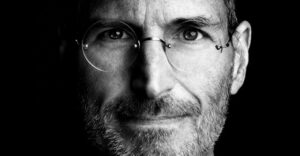 It’s had a very rocky road, to the point whether we wondered if it would make the finish line or not, but shooting has indeed begun on the Steve Jobs biopic, the one we hope will be the definitive Jobs flick.

We just reported that some footage was shot at the original Los Altos garage where Jobs began Apple, and principal photography on the film officially started on January 27. As Deadline tells us, Danny Boyle is still on as director and the cast officially includes Michael Fassbender in the title role, Seth Rogen playing the Woz, Steve Wozniak, Kate Winslet as Joanna Hoffman, the former marking chief of Macintosh, Jeff Daniels as John Sculley, and Katherine Waterson as Chrisann Brennan, Jobs’s ex-girlfriend, among others.

Deadline tells us that there was also a shoot on College Avenue at the La Mediterranee restaurant, and that “period cars from the early ‘80’s were parked along the street.” We found that line funny because it’s odd to think of the ‘80’s now being “period.”

While this movie doesn’t have a release date yet, we’ve read reports that Universal wants to get it released for awards season, which would be Xmas, but we’re not sure if the Steve Jobs movie wants to compete with the three-ton gorilla of the holiday, Star Wars. Whenever it’s ready, we hope this will indeed be the definitive Steve Jobs biopic that will give the man his due.

Is Jupiter Ascending a Dud?