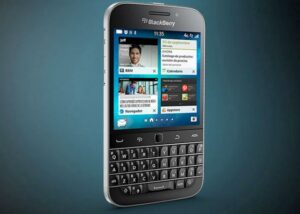 Suddenly the technology market kind of looks like one of the housewives Reality TV shows because BlackBerry just did the equivalent of “Oh no you didn’t, it’s ON now” with Good Technology.   What happened was that Good Technology announced they were the first to provide split billing, this is where on a single phone you get two bills the employer pays for the business activity and the user pays for personal activity.  And Good claimed they were first.  Problem is BlackBerry announced their more complete offering back in November and apparently they are pissed as they posted a “fact checked” version of the Good announcement which basically says Good is full of crap.

I think this area is important and have to admit this kind of conflict is fun.

Why this is important is that legally companies have to pay for costs you incur on their behalf.  A lot of companies feed off their employees forcing them to pull money out of their pockets in order to pay for things they have to do for work like making work calls or corresponding with customers.   The courts have been taking exception to this generally finding that if an employee incurs a cost for the benefit of their employer it is illegal for the employee to be made to pay for it.

Now this is problematic for most phone plans because it either means the employee needs two phones, one for business and one for work or the employer ends up paying for everything because the cost of breaking the two activities out manually (given they pay for the labor for that too) often exceeds the amount that the employee reasonably incurred in personal activity.

So the ability to create a single phone solution that breaks all of the activity including data, messaging, and calls into two separated operations automatically.  And this is what Blackberry announced but it isn’t what Good Technology announced at all.

Well generally announcing you are first when someone else announced a similar, or in this case better, solution a year earlier is going to result in some snarky comments from the vendor that actually did this first which is what happened here.     What is fascinating is that Good Technology only announced a data solution, they didn’t encompass SMS or phone calls, both of which are critical parts of a total solution.   What is even more fascinating is that Good cites a case now in court surrounding an employee who wasn’t being properly reimbursed but not for data but for voice and SMS which Good’s solution doesn’t cover.   Or, in short, they argue that their solution can fix the problem in the referenced case but it actually doesn’t at all.

First if you really want split billing there is still only one game in town and that is Blackberry and it is likely the voice part that you are most concerned with and if that is the case Good’s solution isn’t where it needs to be yet.   The other lesson is that vendors are becoming far less reserved when it comes to calling out a competitor who makes a false claim.  Even IBM is slapping Oracle pretty regularly when that company makes a claim they can’t support.  It’s getting a bit testy out there and while you don’t have vendors actually flipping tables or tossing wine in their peer’s face that may not be that far off.  Now if we can just capture that moment on YouTube when it happens.