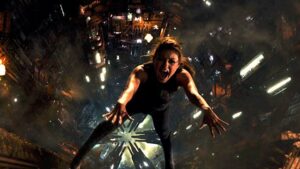 It’s unfortunate when a filmmaker comes up with a great movie or two, then their careers falter. Back in 1999, it was considered a watershed year for movies with The Sixth Sense, The Blair Witch Project, and The Matrix, to name three of the biggest hits of the year, and the directors of these films clearly all peaked early.

The Wachiowskis have especially faltered since breaking new ground with The Matrix, and you get the feeling their latest, Jupiter Ascending, won’t be getting them back on track. Variety reports that the film was snuck into a screening at Sundance, and it did not go over well with the audience.

Several people reportedly walked out, and at least one person at the end of the screening told the industry trade they hated it. One patron, who was a screenwriter, said he liked the film, but felt maybe it wasn’t going over well in the indie environment of Sundance. (Another bad sign is that critics weren’t invited to the screening either.)

When looking at the trailer for Jupiter Ascending, the visuals definitely look good, but the story seems like a standard issue, sci-fi fairy tale. When the Wachiowskis first came along, they absolutely gave the out of touch Lucas a run for the money, and it was exciting to see two young upstarts giving sci-fi a great new look. You get the impression that the Wachiowskis, much like Lucas, just don’t have that much to say anymore, which is especially unfortunate considering The Matrix seemed to have limitless possibilities as a series when it first came along.