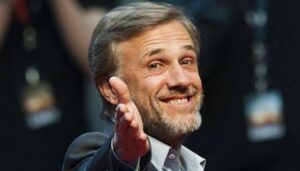 With Daniel Craig reinventing 007, the Bond franchise should continue in fine style for years to come. For the next Bond film, rumors have gone all over the internet that Christoph Waltz may be the next villain to take on the world’s greatest secret agent.

This is of course a perfect choice, and while there’s no confirmation that he’s playing the bad guy, it’s a given he could make a great Bond villain. So what’s the story so far?

According to the Daily Mail, Waltz is up to play a “significant” role in the next Bond flick, and he will be playing a “nemesis of storts.” And with Waltz a big star post Inglourious Basterds, we doubt he’s going to be part of the bad guy team but he would probably be the big baddie front and center.

The 24th Bond film, apparently untitled at press time, will be out in theaters November 6, 2015.

Guardians of the Galaxy Gets a Real Mix Tape

Batman’s Parents to Die in Imax