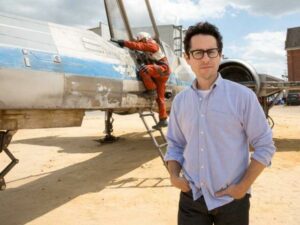 We all knew that Star Wars would have a subtitle or chapter title, much like A New Hope, The Phantom Menace, and Attack of the Clones. Now that the film has wrapped, the new title for Episode VII has been announced, and it is…

While we’re certain there’s trolls that will complain about it, because to some fans nothing’s ever good enough, we think it’s alright. (I was never nuts about The Phantom Menace myself.) And if you don’t like it, what’s in a name?

As we just reported here on TG, C3PO says that this next Star Wars will blow away Empire Strikes Back, and while skeptical that any new Star Wars film can recapture the original magic, we’re certainly hoping for the best, and hope that with JJ Abrams it’s in the right hands.

The Six Million Dollar Man to Finally Become a Movie