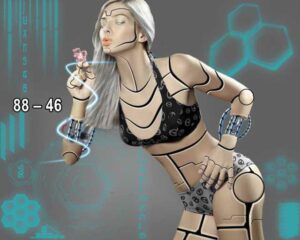 The voice without a face. The ghost in our mobile device. The AI in the cloud. As the season creeps on and the winners and losers shake out amid rumors, scandals and a revolving door of injuries that changes every team’s lineups week to week, Cortana remains consistant in her predictions and maintains a winning record.

The end of week 9 in the NFL brought few surprises (unless you count Romo’s non return) and Cortana, once again did a pretty good job of picking winners – although she and Vegas bookies slipped up on the Arizona Dallas game (and that’s where I picked up the 10th of my 10 of 13 weekly picks).

If nothing else it gives me an extra bit of enjoyment during my weekly football binge watching. Tracking scores, checking off wins and losses and jotting down comments for next week’s picks (damn Pittsburg looks impressive this year!) But it’s hard sometimes picking against the home teams or picking a team I don’t like simply because they are probably going to win no matter how I feel about them (you know who you are New England).

Football is a kind of illusion (I would use the word fantasy but that term has been usurped by that other game). It is frustrating to watch and addictive at the same time. And even after watching the game for some 55 years I am still fascinated by the people who have played or at least studied the game for a living. They see things I still don’t see.

The players line up and a commentator will say ‘looks like they are in a cover two’ or ‘looks like they’ve switched to a 4 – 4’ or ‘so and so is in man coverage and that’s a mismatch.’ I see it after they point it out or draw it up with a clicker but I can’t pick those things up the way John Gruden or Cris Collinsworth can.

Anyway, Cortana now has a record of 88 and 46 for the season. It’s hard to say what Vegas totals are since they’ve basically passed on a few games by giving even odds and not picking either team but they are somewhere around 87-44-2. I managed to pick 10 out of this past week’s 13 games being the only one who thought the Cardinals would beat the Cowboys so my record climbs to 82 and 52. Since as of today Cortana, Vegas and I have the exact same picks for week 10 I might have to change my mind on a few games to try to catch up. Cleveland maybe? San Francisco? Buffalo? Or perhaps, gasp, Tampa Bay?