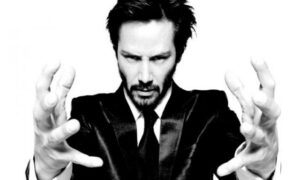 Although it’s not the #1 movie of the weekend, John Wick has pulled in strong box office numbers and reviews, and it looks like Keanu Reeves is back.

Yet Reeves recently lamented his career, telling IndieWire, “It sucks not getting more studio offers.” In fact, Reeves said he wanted to play Batman and Wolverine and got passed over.

Reeves certainly stumbled through some bad career mis-steps, namely 47 Ronin and The Day the Earth Stood Still, and he told Moviefone, “I always wanted to play Wolverine, but I didn’t get that. And they have a great Wolverine. Same with the Dark Knight. They’ve had some great actors playing Batman. So now I’m just enjoying them as an audience.”

Still, Reeves is the comeback kid of the moment with Wick, we’re also hoping this will finally light a fire under everybody to get Bill and Ted 3 going. And while Keanu’s not the greatest actor in the world, he seems like an okay dude, and it actually feels good to have him back. With the Matrix, Point Break, and Bill and Ted, and Speed, guess we still have a soft spot in our hearts for him.

No, The Walking Dead is Not a Coma Dream