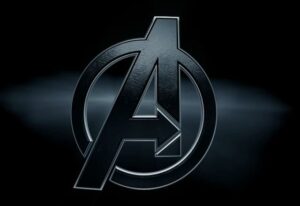 It’s not enough that Robert Downey Jr is getting a fat chunk of money from the Iron Man / Avengers back end. What else can a huge, A-list movie star want?

Well, how about the gigantic A from the Avengers headquarters? Downey apparently facetiously said he wanted it, and according to Comicbook.com, it was delivered to his home.

As Downey told BBC Radio, “On the last Avengers, there’s this scene where there’s this ‘A’ which is probably 30 feet tall, and I go, ‘I need that in my office in Venice.’ About two weeks ago, a wheeler showed up, I’m like, ‘What the heck is this doing here?!’ And they go, ‘This is the ‘A’ you asked for.’ ‘They brought it?!’ SO now we have a massive Avengers ‘A’ that will be prominently placed.”

Hollywood is used to all kinds of ridiculous demands from actors, so it’s not surprising that nobody realized that Downey wasn’t being that serious. But when people make demands for their water to be a certain temperature when it’s handed to them, or the bedsheets to be a certain thread count, well, perhaps nobody was phased about having to deliver a gigantic A.

Happy Birthdday to the Creator of Superman

Primus Pays Tribute To Willy Wonka and the Chocolate Factory