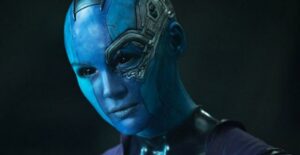 Guardians of the Galaxy was the big surprise hit of the summer, mainly because it was not one of the bigger, or well known Marvel titles, because audiences have found it enormous fun.

Guardians has hung in there very well at the box office, and it’s now coming out on DVD and BluRay on December 9. Collider also tells us that the home edition of Guardians will include a preview of Avengers Age of Ultron. We still haven’t seen any footage for Ultron yet, but we’re sure we will by the end of the year with the DVD / BluRay documentary, and there will probably be an official trailer by then as well.

Collider tells us that you can get the movie on digital HD and Disney Movie Anywhere on November 18. Several fans have already complained that there won’t be a Marvel one shot episode on the Guardians home release, but we’ll bet that the Avengers footage should make up for it.