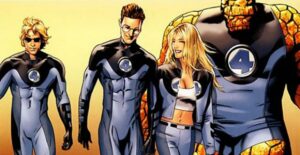 It took a while to get Batman and the Incredible Hulk right on the big screen, and the main superhero franchise that’s begging for a remake is The Fantastic Four. And the Four have indeed been redone by Josh Trank, who directed the surprise hit Chronicle.

Now the news has hit, via Collider, that the film’s release date has been moved up to August 7, 2015. Four was originally going to be released on June 16, but there’s some speculation that Fantastic Four could be a late summer hit, like Guardians of the Galaxy. It could also be a troubling sign, because whenever a release date jumps around, it could mean the movie needs work. (And let’s face it, if you’ve got a big potential hit, you want it out in May, June or July.)

This will now put Fantastic Four out on the same day as the big screen adaptation of Goosebumps, which will star Jack Black.

As for Assassin’s Creed, there is currently now release date for the movie at all. Michael Fassbender was onboard to star, and Justin Kurzel, who directed an adaptation of Macbeth, “in talks” to direct, but Creed may have indeed plunged into development hell for right now.

We at TG are still keeping our fingers crossed for a great video game movie, and if World of Warcraft delivers in 2016, it could open the floodgates for a lot of game flicks, as well as a new blockbuster genre.