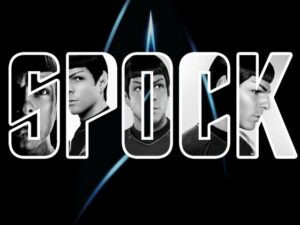 There was a lot of anticipation and hype for Star Trek Into Darkness, yet it didn’t turn out the way fans hoped. Many Trek fans were especially turned off at JJ Abrams and company endlessly denying that Khan was the villain, and then, lo and behold, he was indeed the bad guy.

Since Abrams has gone on to Star Wars universe, the new model Star Trek has somewhat been in limbo, but now Zachary Quinto has told Variety that the next Trek will start shooting in the next six months.

“I think it’s on the horizon,” Quinto continued. “Things are rumbling, so I have a feeling that we will be in production sometime in the next six months.”

There’s extra incentive to get another Trek up and running, namely the show’s fiftieth anniversary, which is a little more than a year a way. And indeed, Paramount has plans to get the next Trek in theaters by 2016 with Star Trek screenwriter Roberto Orci making his directing debut.

The 2009 reboot of Star Trek reinvented the franchise in a big way. Many were hoping the second film in the series would be the best, like The Wrath of Khan, but now it looks like the third movie may have to make some amends for the last time around.

Consortium, proprietary or platform agnostic? Who will control IoT?

From the Mean Streets of L.A. to Suicide Squad