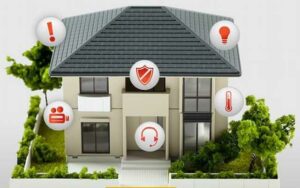 I have written a few pieces about who or what will control the IoT devices that are supposed to be on the verge of taking over our homes. On the one side there are dozens of proprietary systems out there created by individual companies. On the other side are the dozen or so consortiums with backers like Google, Apple, Samsung and others who are trying to bang out standard interfaces (that would obviously adhere to those particular consortium’s specifications). And then there are the inbetween companies that are picking and choosing which devices and standards they support.

The idea is that someday we will be able to purchase devices with a particular logo on the box and know that whatever kind of device it might be it will work with that particular standard. It would be like buying a Blu-ray disc and knowing it will play in a Blu-ray disc player, or buying a player with an HDMI logo on the box and knowing we can connect it to an HDTV television using an HDMI cable.

All the companies backing the various IoT consortiums want to become the Blu-ray and HDMI of IoT and have their particular logos on as many IoT devices as possible. They all want to be the next dominant format because there is a lot of potential money to be made in the smart home market of the future (and if companies like Apple and Google or whoever just happen to hold patents for some of the elements built into their standard then they stand to make a lot of money on license fees).

But there are other players out there hoping to cash in on the interconnectedness of everythings.

Some of the other offerings out there have been around for a while and offer their own proprietary standards. X10, Insteon, ZigBee, Z-Wave and others have specific proprietary protocols that devices must adhere to in order to work in those worlds (and be allowed to put that ‘valuable’ logo on their boxes). Note: as far as I know ZigBee is the only wireless 802 standard with IEEE certification (IEEE 802.15.4) but just because it has IEEE certification doesn’t necessarily make it better than any of the others.

And then there are the companies like Revolv, Iris from Lowes and Prodea that will work with a selection of other people’s proprietary protocols. Revolv, for example supports Z-Wave and Insteon devices and can also control some devices that communicate using Wi-Fi. Iris can control its own proprietary sensors, thermostats and video cameras but it also supports a number of third-party devices such as locks, light switches and smoke detectors that all connect to their hub through Z-Wave and ZigBee and the hub then connects to a router using Wi-Fi.

Prodea also can control a selection of devices that the company has previously vetted. They test and certify which devices can be used with their system and in most cases they actually circumvent any smart-home networking that the devices might come with and replace it with their own networking and control systems.

The company says they do this primarily to insure that the devices actually do what they are supposed to do and are of high enough quality so as not to be disruptive (or frustrating) for a home user. For example, the company says that while it could control the majority of web cams or home security motion sensors that are out there, many of them are unreliable and can trigger false alarms.

And then there are the ‘rogue’ devices – devices like Google’s Nest devices, Belkin WeMo devices, the Schlage door lever, Kwikset deadbolt, GE wall switch, First Alert smoke detectors and others that communicate through Wi-Fi (or Z-Wave or ZigBee) and can be controlled by a smartphone (using proprietary apps). Nest devices now have an open API so third-party developers should be able to integrate them into other control systems.

Finally, a few others are just beginning to try and take a more platform agnostic approach by offering devices and services that don’t care what communications protocols, operating systems or languages any particular device might use. Ironically, these approaches may have the hardest time getting adopted. Then again, maybe they will win simply because the rest of the market is so fragmented.

Is Star Trek 3 Back on Track?