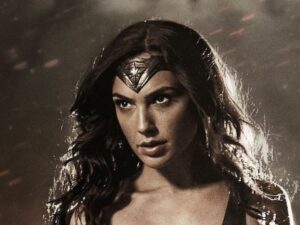 As you probably know by now, Wonder Woman will be in Batman Vs Superman, because Warner Brothers is setting up a Justice League movie for the end of the decade. It would seem the perfect opportunity for a female director, yet one woman helmer has claimed she would turn it down if it was offered to her.

Lexi Alexander (Punisher: War Zone) told Fast Company and the Hollywood Reporter that she wouldn’t be interested in helming the planned 2017 Wonder Woman film because, she imagined “the weight on my shoulders. How many male superhero movies fail? So now, we finally get Wonder Woman with a female director; imagine if it fails. And you have no control over marketing, over budget. So without any control, you carry the f*cking weight of gender equality for both characters and women directors. No way.”

And indeed, it’s a hell of a lot harder for female directors to stay in the game. Where a lot of male directors can survive a number of flops, one flop and a female director’s pretty much done. (Look at what happened to Mimi Leder after Pay It Forward and Betty Thomas after I Spy.)

Joss Whedon had famously wanted to do a Wonder Woman movie for years, and it would have been pretty cool to see what he would have come up with. (And maybe once he gets the Avengers out of the way he could get to it, and a Firefly resurrection, one of these days.) A superhero movie with a woman’s touch would certainly be welcome, but we wouldn’t be surprised if a lot of woman directors would be reluctant to take one on.

As this story was being finalized, The Hollywood Reporter ran a story that the front runner for Wonder Woman is Michelle MacLaren, who has directed episodes of Walking Dead and Game of Thrones.