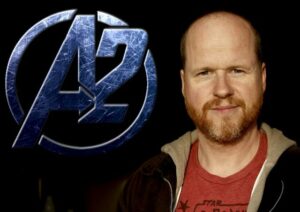 What a great career Joss Whedon’s had. The guy was a highly paid screenwriter with one failed credit to his name, Buffy the Vampire Slayer, and he also did uncredited work on Speed, Toy Story, along with a pile of unproduced feature scripts. Things turned around when he took Buffy to TV, created a beloved cult hit with Firefly, and is now master of the Marvel universe with The Avengers.

With the trailer for Age of Ultron really packing a wallop, there’s a good possibility this sequel could be even better than the first one. When Vulture told Whedon they heard his Ultron script is “bananas,” he said, “At this point, I’m still trying to connect those bananas and turn them into a bunch. Yeah, I don’t think that banana metaphor is going to go very far (laughs), but it’s really fun, honestly…it’s fun taking everything and connecting it, finding a way to make something more emotional or funnier or cooler…”

He admits that it’s “a little daunting” seeing the list of the Marvel films that will fill up the rest of the decade, “but at the same time it’s exhilarating. It’s really fun to see where [Marvel head of production] Kevin Feige is taking it and see the workings of that mind…I really like the slate.”

Whedon is a major player with Marvel, having signed a big money deal with the company, and he’s also consulted other Marvel projects, like Thor: The Dark World, behind the scenes. While we don’t see superheroes staying a goldmine forever, we do think Whedon’s gonna be ontop while the wave is still cresting, and we look forward to Age of Ultron when it’s finally ready for release on May 1, 2015.

Why Man of Steel Didn’t Have an End Teaser