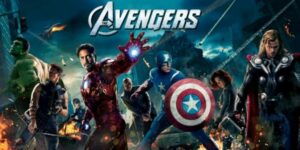 There’s going to be a major TV special coming to ABC in November celebrating the anniversary of Marvel comics. We at TG figured this would be when some footage from the next Avengers movie, Age of Ultron, would be unveiled, but it turns out you don’t have to wait that long.

As the Hollywood Reporter tells us, the first coming attraction for Age of Ultron will play during next week’s episode of Agents of SHIELD, which airs next Tuesday at 9 p.m. ET/ PT on ABC.

We’re certainly dying to see what the next Avengers is going to look like, and as we all know, it’s the most anticipated movie of next time other than the next Star Wars. We all know Age of Ultron will make a ton of money, but can Joss Whedon top himself and deliver an even better movie? With the new year around the corner, we’ll find out soon enough when Avengers Age of Ultron comes out on May 1.

The Hobbit Movies Cost How Much Again?

There May Be Hope For John Carter Just Yet