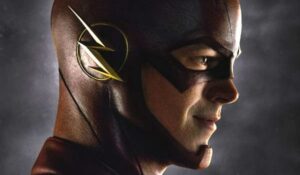 Just as we posted the news that The Flash has gotten strong reviews, it’s also a big ratings winner as well. In fact, reports tell us it’s the strongest debut for the CW network in five years.

The Hollywood Reporter tells us this is the network’s biggest launch since The Vampire Diaries, and that “for the 8 p.m. hour, the CW easily outrated ABC’s freshman comedies and Fox’s animation encores among adults 18-49.” Flash also had competition from The Voice and NCIS, but it still held strong on its own, beating out the new comedies Selfie, Manhattan Love Story, as well as Agents of Shield.

So it’s really turning into a superhero world these days, and comics should continue to go strong for at least, we’d guess, another year or so, if not more. If they start to falter at the movies, thankfully there’s always the wonder of modern television, where you can do stronger stories, longer story arcs, and stronger characters.

E-newsletters can be a big marketing mistake