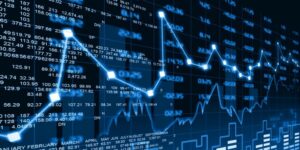 Those who follow with regularity news connected to the worlds of finance and technology don’t need to be clued in about the volatility of cryptocurrency prices in the recent past. For every humongous rise, there seems to be another precipitous drop. Those who are watching the prices might be getting whiplash from all of the up and down action. Anyone hoping for some sort of stabilization in this market shouldn’t get their hopes up too high. Simply put, investors need to be ready for the rollercoaster ride if they plan to get involved in some way in the cryptocurrency market.

Part of the reason is that cryptocurrency, as much as it has dominated the recent news cycle, is still essentially in its infancy. The volatility could simply be a byproduct of its youth, one that could wear off a bit as time passes. Until that point, investors might try to pick and choose the various coins available in the market as a way or timing their rises and falls, but this could be a harrowing journey. Only the heartiest of day traders might consider themselves up for such a tumultuous ride. As for those thinking long-term, it might be quite some time before they can see the kind of regular returns, without sudden plummets, from the cryptocurrency market that would convince them to come aboard.

For those who seem a bit at sea about the cryptocurrency market, crypto trading robots might be something to utilize that will clear up the confusion. Those folks might also consider the following reasons why cryptocurrency’s path might show little rhyme or reason going ahead.

Right now, there are a lot of people who are investing in cryptocurrency without any sort of knowledge into what exactly it entails. These are the same people that are hearing the name a lot on the news and are utilizing a kind of word cloud investment strategy. Such people are also the kind to get jumpy when the news turns the other way, leading to price spikes and slides that are pretty much impossible to predict.

Much of what excites people about cryptocurrency is the fact that it is a largely unregulated entity, one that allows people to conduct monetary transactions without the fees or time wasted that comes with bureaucracy. As the news spreads, concerned rumblings from governments and regulatory bodies, which have already started to emanate, figure to become more widespread. That’s making a lot of adopters nervous.

Whenever anything gets played up in the manner that cryptocurrency has in recent times, it’s only natural that there will be some kind of comeuppance propagated by those who inherently distrust hype. Again, this seems like the kind of reaction that will need time to completely play out.

Even with the bumps in the road, cryptocurrency has risen to the point where investors shouldn’t ignore it out of hand. Caution seems to be the name of the game, though, at least until the growing pains subside.

How This Japanese Startup Plans to Disrupt Online Advertising