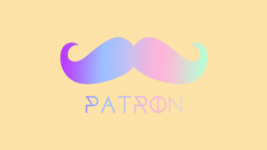 The internet today has completely transformed how we consume content. We get the vast majority of new information delivered to us on a screen; whether smartphone, tablet, computer, or TV.

Most people can’t be bothered leafing through ad-ridden newspapers or magazines just to read a few short paragraphs covering old news they already heard about online the night before. Even watching television is becoming increasingly bothersome when ad-free alternatives like Netflix. Hulu, or Amazon Prime Video all offer a vastly improved watching experience.

In the internet age of today people seek closer connections with their favorite celebrities and internet personalities. Never before has it been easier for the everyday average person to have a conversation with a superstar athlete, reality TV celebrity, or their favorite musician.

This has been made possible through the growing power of social media. People just like you are creating life-changing careers for themselves through establishing a personal brand simply by being themselves. Whether it’s playing video games all day on Twitch.tv or documenting their day-to-day life on YouTube, a new class of internet celebrities are quickly rising in prominence.

This group of “internet famous” content creators, referred to as “influencers”, offer a unique value proposition to advertisers in a time where physical media is dying and online ad blockers are more common than not. Imagine you were watching your favorite TV show, but instead of breaking for commercials, your beloved characters pitched you on how great the new vacuum they just bought is.

The problem for advertisers is finding the right fit. There are thousands of influencers spanning across many countries and social platforms. Influencers hold tremendous weight within their niche communities, but finding niche communities and willing, relevant influencers is a difficult task.

This is the problem Patron founder Atsushi Hisatsumi has developed a solution for. Patron is a Japan-based blockchain platform for influencer marketers. The Patron platform will offer a clean and transparent solution to both finding and booking influencer talent around the world.

The rise of of social media celebrities and influencers has experienced steady growth for a while now, but influencer marketing agencies are just beginning to understand how to best leverage these opportunities. Patron is looking to draw from founder Atsushi Hisatsumi’s long-time experience promoting influencer marketing in Japan to unlock new international success for users of the Patron platform:

Patron will be a decentralized platform where influencers and brands can connect in a secure environment to launch influencer marketing campaigns. Influencers from all over the world, including influencers in Japan, should be gathered on the platform and recruited. Patron has already recruited thousands of influencers to jumpstart early growth.

Patron’s global ICO is currently in pre-sale stage and will later begin a three-round public offering with tiered bonuses from 20% down to incentivize early participation. You can find more information about the Patron ICO and the available bonuses here.

Prepare for Much More Cryptocurrency Volatility in The Short Run