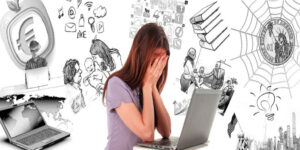 To some degree, conflict is the inevitable result of more than one person existing in the same place at the same time. It’s impossible to get along with every person 100 percent of the time. When we work in close proximity to other people for eight hours (or more) a day, there are going to be squabbles and disagreements.

If we’re lucky, most of them will be minor things, like whether or not everyone should contribute to Susan’s retirement fund, especially if they’ve only worked in the same office as Susan for two weeks. But, sometimes, an issue will come along with a higher degree of difficulty, and those require a deft touch to navigate.

The biggest factor that determines whether or not we’ll be happy at a job isn’t our coworkers. They’re a big piece of the puzzle, but the biggest piece is the boss. If the boss is a generally reasonable person, then you’ll probably have a generally decent time working there. If the boss is unreasonable and unpredictable, then good luck. One common source of tension is taking both paid and unpaid time off. It’s natural to wait most of your employees to be there most of the time, but a good boss knows that outside forces can and do interfere. It may be something relatively simple like a stomach bug that clears up in a day or two. Or it could be the loss of a close family member that sends you reeling and makes it hard to imagine going to work for the next week, if not longer.

Many workplaces have bereavement leave for immediate family members. Such leave allows you to take a few days off to mourn your loss, since many people find it impossible to focus on the monthly reports while they’re worrying about things like cremation services and who should or shouldn’t be invited to the funeral. But what if your boss refuses to grant you any time off, or if you want more time off than he or she is willing to give? In some ways, the second situation is easier to manage than the first. If you feel like you need a full week and your boss wants you back in three days, offering to take the last two days as unpaid time off may resolve the impasse. If not, maybe you can do a limited amount of work from home while you’re out. But if there’s no official bereavement leave policy, you may be stuck going to work while you mourn your loss. Once you’re over the initial shock, you should start looking for another job, ideally one with a more compassionate supervisor.

Your boss versus the law

Most workplaces live in fear of accidents on the job. It’s why most offices have signs up in the breakroom indicating how many days your site has gone without an accident. But mishaps have a way of occurring no matter what. If your boss says the company doesn’t carry workers’ compensation insurance and you’re injured, don’t give up. According to Stanley Law Offices in Syracuse, NY, you may have other options for compensation, and it can’t hurt to discuss those options with a lawyer who has experience dealing with such issues.

There’s an understandable tendency to avoid making waves, but you do have certain rights when you’re injured on the job, regardless of what your boss tells you. That may include the right to see a doctor of your choosing rather than one the company chooses. This is complicated stuff, and if your workplace isn’t on your side, you need a legal advocate who will be.

Prepare for Much More Cryptocurrency Volatility in The Short Run