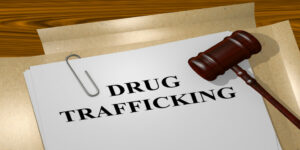 In Winnipeg, being convicted of a drug offense can come with some pretty stiff penalties and consequences. The Controlled Drugs and Substances Act outlines the laws about drug offenses in the province. If you are being charged with a drug offense, then it is imperative that you hire a professional criminal defense lawyer to plead your case. There are specific things that you should do – and in the same manner, things that you mustn’t do – to protect yourself and to not make things worse than they already are.

A lawyer is a must

If you are charged with a crime, hiring a lawyer is a must to make sure that you save yourself from the consequences that can come with being found guilty. It isn’t good enough to get just any criminal defense lawyer; you need to hire someone who specializes in drug offense defenses. Since drugs offenses can often be complex, you should hire someone who knows what the likely winning defenses are and the technicalities that might be able to poke holes in the prosecutor’s story.

When you are charged with a drug offense, it is imperative that you not say anything to law enforcement without your lawyer present – period. Things like your name, address, and phone number, and other facts about you personally, can be told. But if they start to question you about the events leading up to the charges, then exercise your right to remain silent until your criminal defense attorney is there to represent you. Anything that you say to the police can and will certainly be used against you when the prosecutor is making their case. So make sure that you don’t say anything that will hurt your case accidentally.

When you are charged with a drug offense, whether it is importing, exporting, or trafficking, then you have the “reverse onus.” That means that you have to prove that there is a reason that you should be released from prison before you stand trial. Unlike with other criminal charges, you have to show a reason that the court should release you and not keep you in prison awaiting your court date.

Surety is one release plan

A surety is when someone of upstanding quality assures the court that they will be responsible for making sure that the defendant makes their trial. They also have to ensure that you will not commit any further criminal acts while you are out of prison awaiting trial. Usually a surety is a family member. They promise the court that if the defendant does not show up or if they get into any more trouble when released, that they will post money to the court. Often the court will insist that you reside with the surety until you show up for trial.

If you are originally denied surety, you can ask for a review in the Superior Court. It’s not an easy thing to do – to be granted a reversal, you have to prove that the lower court erred in some way by not granting you bail.

All police officers are required to follow certain rules and procedures to ensure that each Canadian is granted their Canadian Charter of Rights and Freedoms. If your criminal attorney can prove that your Charter rights have been violated, then any evidence that was collected is inadmissible in court, which at least will reduce your chances of being found guilty. At best, it might result in the charges being thrown out altogether. Since there are specific things that have to be in place for any police officer to perform a search and seizure, if they did not follow the protocol exactly as the law dictates, then it is possible that whatever evidence they have against you can’t actually be used against you.

You might be able to have your belongings returned

When police do a search and seizure of your residence, they can seize many things to prove your guilt. They can take things like mobile devices or any other real property they feel will further their case. Unless the drugs they confiscate can be proven legal through a prescription, they will not be returned. But a criminal defense attorney might be able to get your things returned while you are awaiting trial.

Being charged with a drug offense in Canada can come with some potentially life-altering consequences. Before you do anything after you are charged, make sure to hire a Winnipeg drug trafficking attorney to guide you through what you should and should not do to protect yourself.

How Presearch Is Utilizing Blockchain to Disrupt Google

What Are the Different Kinds of Boots