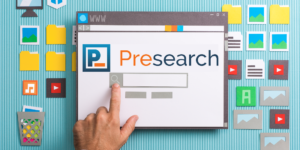 Many people have compared the cryptocurrency industry to the Dot Com Bubble in the early 2000s. Similarities noted typically include the massive rise in valuations, lack of substantial use cases, and large amounts of speculation over the future value of technology. However, the Dot Com Bubble also led to the creation of massive companies, such as Google. At the end of the day, new technologies and investments require attention to true value and an understanding of why prices are going up.

What problems arise from Google’s centralization?

Google ranks its search results based on its proprietary algorithm. Since that algorithm is the entire reason why it beat Yahoo, Bing, and other competitors, very few people—including Google employees—actually knows what goes into the algorithm. As a result, people are shown links and information based on factors they are not allowed to know.

This may seem harmless enough, but Google has gotten into a number of problems for tampering with search results. In June 2017, Google was fined $2.7 billion by the EU for manipulating search results in favor of its products and advertising partners. This demonstrates how Google uses its centralized power to promote its personal interests and hide its competitors.

How can this get solved?

Search is an incredibly important part of our modern society, but it is currently dominated by a corporation answering to Wall Street. Just as Bitcoin set up to displace Wall Street, Presearch is a cryptocurrency setup to challenge Google. The blockchain network establishes a series of different nodes that correspond to websites, users, and advertisers. Unlike Google, users are offered complete transparency in viewing what factors contribute to search results and revenue from ads. Advertisers are able to use the digital currency to purchase ad slots. Community members are incentivized to contribute tech development and ideas for desired functionality.

The key element here is that the global community, and not just one company, is allowed to curate search and understand the system as it applies to them. Also, under the Presearch system, users can modify what they see and do not see, similar to parts Facebook’s news feed algorithm. Overall, Presearch allows people to have more of a say in how they consume information, rather than being force-fed links by Google.

While Presearch has already raised over $5 million, they are still in the middle of their ICO and are poised for massive growth during 2018. The founder of Ethereum, Anthony di Iorio, joined the company as an advisor and has gone on the record as saying this is one of the best examples of a value-creating cryptocurrency. Presearch has also raised money from Blockstack, a fund centered on investing in the building blocks for a decentralized Internet.

What does this mean for the crypto industry?

Now more than ever there is pressure to ensure cryptocurrencies are able to create sustainable value. These technologies have largely had exponential growth, but many struggle to demonstrate why their valuations are justified. From a conceptual level, blockchain is an incredible technology with the ability to improve many systems in society. However, technologies are only as valuable as the benefits they create for society.

Presearch is one of a few tokens out currently that are centered around improving existing business models. Blockchain offers a certain amount of value due to its transparency and decentralization, that when implemented correctly can be incredibly useful. When looking at Google’s dominance over the search industry, it is hard to not see that Blockchain offers the opportunity to disrupt the search engine.

Moving forward I would expect tokens tied to explicit business models to do better than those that are not. The Presearch currency has an actual function in that optimizes growth of its network via incentives and helps fuel the digital advertising industry. This allows a tangible means of money entering the currency and creating long-run growth.

No matter what, more people need to learn about cryptocurrencies and how the technology differs from current technological offerings. There is an explicit difference between a search engine powered by Google and one powered by Presearch, and only time will reveal which one will be the future of online search.