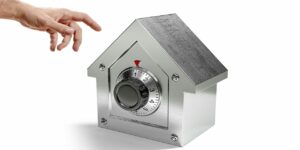 1. What Is Securities Fraud?

A “security” is a financial asset that can be bought and sold. Securities can take the form of any financial investment, such as stocks, bonds, and mutual funds. The most well-known form of securities trading is when publicly traded companies issue securities (often in the form of stocks) and investors purchase them. When an individual purchases a security, he or she owns a share in that publicly traded company. Individuals buy securities with the hope that the company becomes more profitable, thus increasing the value of their investment. Investors can make money off the sale of their securities, assuming the sale price is higher than the original purchase price.

Violations of securities laws and regulations in the United States can have serious consequences—both civil and criminal. Under the Securities Act of 1933 and the Securities Exchange Act of 1934, securities fraud is defined as willfully engaging in deceptive practices intended to manipulate financial markets or induce investors to make financial investment decisions based on deceptive or false information. If an individual or entity knowingly provides false information about any form of security, they risk a potential investigation for securities fraud. The extent of punishment for securities fraud is based on the amount of money manipulated in the alleged scheme.

Examples of securities fraud include:

3. What Happens in an SEC Whistleblower Case?

Whistleblower cases involve individuals with knowledge of securities violations informing the SEC of these alleged wrongdoings. If an individual knows that another individual or company is committing securities laws violations, that individual can tell the SEC without fear of potential civil or criminal repercussions. Usually, an individual will hire a plaintiff’s attorney to file a lawsuit alleging securities fraud against an individual or entity. At this stage, the SEC or DOJ can choose to intervene in the lawsuit and take over the investigation. The SEC or DOJ will intervene if it believes the allegations of fraud are credible and substantial. If the SEC or DOJ successfully prosecute the wrongdoer, the original plaintiff—the whistleblower—is entitled to a share in the recovered financial damages.

4. How Can I Protect Myself Against the SEC Whistleblower Program?

The best way to protect yourself from getting into trouble with the SEC for securities violations is to ensure you are compliant with all federal laws involving securities. Federal securities laws can be complex, so it is good practice to have someone, whether an attorney experienced in securities laws or another knowledgeable individual, act as an overseer to your operations. This individual can properly advise you on legal compliance and draft compliance policies for your company. If you are facing a threat of an investigation based on alleged fraud, immediately contact an experienced attorney. Your actions at the onset of an investigation can greatly impact the outcome.

If you think you are under investigation for securities fraud, do not speak with anyone (except your lawyer) about the allegations—especially law enforcement. Speaking dishonestly to someone from the SEC or DOJ can result in additional criminal charges under 18 U.S.C. 1001, which allows for criminal prosecution of an individual who lies to a federal agent.

5. Can I Be Liable for My Employer’s Securities Fraud?

Under certain circumstances, yes. You can be held liable for your employer’s securities fraud, both civilly and criminally, under the concept of “conspiracy.” The conspiracy laws in the United States state that, if you act in concert with your employer to perpetrate the fraud, you can be held liable as well. For example, if your company suffered financial losses and your employer directs you to not disclose these losses on the company’s yearly SEC filings, you have acted in concert with your employer to commit fraud even though you did not cause the financial loss.

6. When Are Brokers Liable for Securities Fraud?

Often, individuals use brokers to help them with the buying and selling of securities. A loss in value of an individual’s financial portfolio does not give rise to liability for the broker as brokers do not control the stock market. However, if brokers engage in an act of securities fraud, they too can be criminally and civilly prosecuted. If a broker does not disclose accurate financial information about the investments he or she is selling you, this is fraud. If a broker initiates stock trades without your consent or initiates trades just to earn a commission fee, this is fraud.

In a criminal investigation against a broker, like in all other criminal investigations, the government will have to prove that the broker committed the alleged securities fraud beyond a reasonable doubt. Proving civil liability against a broker for securities fraud is a little easier as the government will just have to show the allegations were fraudulent by a preponderance of the evidence. This means it is more likely than not that the broker’s actions were fraudulent.

7. What Are the Penalties for Securities Fraud?

8. What Are Defenses to Securities Fraud?

The best defense is avoiding an investigation altogether. Engaging in preventative measures, such as working with an attorney to be properly advised on all legal obligations and to develop an effective compliance program are generally the best things a company or individual can do to prevent future civil and criminal liability. If you are already under an investigation for alleged security fraud, sometimes you can avoid prosecution if you agree to help the government. In exchange for your non-prosecution, you give the government information on other individuals and entities who are engaging in fraudulent activity. Negotiating for a non-prosecution agreement is difficult and requires the expertise of an experienced securities fraud defense attorney.

An individual can also avoid prosecution for securities fraud if that individual held a good faith belief that what they were doing was legal. To successfully assert this defense, the individual must have honestly believed that representations or statements he or she made were true, even if they turned out to be fraudulent.

Finally, an individual accused of securities fraud—whether civil or criminal—can take his or her case to trial and try to convince a jury of his or her innocence. If acquitted by a jury, the individual will face no criminal or civil liability.

9. How Do I Know If I Am Under Investigation for SEC Fraud?

10. What Should I Do When I Am Under Investigation or Made a Mistake?

Don’t panic. If you are under investigation for alleged securities fraud or you think an investigation is forthcoming, contact an experienced securities defense attorney immediately. The sooner you involve an attorney, the better your chances are for resolving the pending allegations against you.

NVIDIA Improves Minecraft And Points The Way To Our Virtual Future