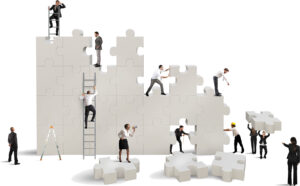 Selecting the right channel for promotion is a key to a business success. With the variety of ad types, companies are facing the difficulties of choice and not always get back the result from the ad campaign they’ve expected. Traditional advertising is losing its power and is not as effective as it was before. Recent case with Facebook has shown that social networks are not being completely honest with the advertisers and are hiding inflated ad metrics. According to ADOTAS research, 86% of consumers suffer from banner blindness – a phenomenon when website visitors ignore ads. As a result, companies are wasting money on useless advertisements and are not reaching the target audience. In order to solve the problem, many advertisers have switched for advertising networks.

What is an advertising network?

An advertising network is an online platform that connects advertisers, publishers, brands and potential clients in order for the first ones to reach the target audience within one network. Such networks have been present in the market for quite a while now and have evolved with time in a full-fledged ecosystem that not only gives companies a possibility to set their ads correctly, but also provides common users with useful advertisements.

How to create own advertising network?

With the increased demand for this type of advertising, grew the number of networks. The market currently has a lot of bright examples that actually give companies CTR rate of 7-8% which is quite high comparing to traditional banner ads (0,1 – 1 %). Such networks like PopSlide, EasyVisual, or CashTree have already introduced their products to the global audience and gather millions of people within one system.

– Advertising networks are currently changing the way we see ads. People spend more and more time online which means that it is likely to reach your potential client through a smartphone or a tablet which users unlock from 80 to 110 times per day, rather than placing banners in the street. Such networks provide companies with the possibility to set the targeting of their ads in accordance with users’ personal characteristics which results in only real views, relevant ads and allows brand to reach only potential clients. EasyVisual has created an app that covers several markets like USA, Russia, Ukraine, South Korea, Poland, Germany etc. and provides statistics on the views and conversion rate of the ads. Such a network will be useful for various market spheres and also works as a source of traffic for mobile apps and services.

It’s not that hard to create your own advertising network but you should consider the competition that is present in the market. 3 simple rules that any newcomer to the ad market should follow:

Don’t rush. Carefully and precisely educate the market and competitors, see what solutions have been already introduced and what opportunities were still not being implemented.

2. Attract the audience of future customers

When creating your own network, you should already have a base of users that will later result in potential clients for brands and companies. Customers won’t use the network where they have no people to show their ads to.

Cosmetics, clothing, applications, electronic devices – the variety is endless. Choose the right direction of the market which can be promoted in your network.

How Novusphere Is Democratizing the Web 3.0