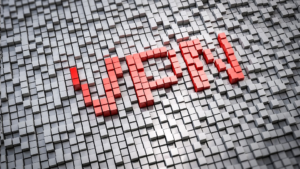 If you’re concerned about your online safety and security, resources about internet usage privacy like FastestVPNGuide.com would be a good place to start learning about virtual private network (VPN) services. As the governments in the United Kingdom and the United States become more aggressive in accessing their citizens’ internet usage data, the demand for VPN services in both countries is steadily increasing. A recent poll on VPN usage shows that among those of the thousands of users surveyed, more than 60 percent use either a corporate or a personal VPN in the U.S. The number may be a bit smaller in the U.K. at 44 percent, but this figure appears to be on the rise. So, why is British VPN service usage increasing? First, this discussion will look at VPNs to let you have a better understanding of what it is all about.

A VPN refers to a secure connection between your computer or device and a server whenever you use the internet. VPNs started out as a means for big corporations, organizations and governments to protect their data when users want to access them remotely. The VPN creates a secure connection between users and the database of businesses and other establishments with sensitive information to protect against hacking and loss of data. Using a VPN allows users to keep their locations secret, their data appear gibberish to prying eyes and surf the web anonymously. With a slew of VPN service providers available including some that are offering their services for free, anyone who needs extra privacy and security while surfing the net can use a VPN. The following shows how VPNs keep your internet activities private, secure and safe.

Whenever you activate a VPN, it creates a security protocol that protects the information that travels between your computer or device and the server that hosts the website like Facebook. The simplest way to describe a security protocol is that it is like a tunnel between your computer and the server, with the data between the connections passing through it. The tunnel is the first layer of protection that a VPN provides, making it harder for hackers to intercept, much less see the data that passes through it. VPNs use different types of security protocols including point-to-point tunneling protocol (PTPP), secure socket tunneling protocol (SSTP) and OpenVPN.

After launching your VPN from your device like a PC or a smartphone, not only will it create a virtual tunnel between you and the server, it also encrypts the data that is passing through the tunnel. This means that in the remote chance that a hacker does break through the virtual tunnel and gets hold of any data, it will appear nothing more than gibberish to the hacker. Most VPNs use Advanced Encryption Standard or AES as a cipher, and it comes in 128 or 256-bit key lengths. Theoretically, if the fastest computers available were to decipher an AES 128-bit encryption, it will take the computer more than a billion years to cover all possible combinations. Encryption is the most important layer of protection of VPNs.

When you run your chosen VPN app, the tunnel that the security protocol creates connects your computer or device directly to one of the VPN’s servers, which can be located anywhere in the world. The VPN server then creates another tunnel between it and your actual target server. In other words, the VPN server acts somewhat of a relay station between your computer or device and the server of the website that you are trying to reach.

Why This Is Important to You

Servers often log any information that comes from your computer or device and these may include your IP address, your geographical location, your ISP provider and even your ISP account subscriber details. With the VPN server in place, your intended server only receives the information from the VPN server and not from your computer or device. Not only will this add yet another layer of protection for you, but it will likewise make you anonymous as you surf and browse websites.

Apart from keeping your internet activities private and secure, as well as keep your identity secret, using a VPN service provider gives you these advantages:

The reason behind the rise in British VPN service usage can be traced back several years ago in November 2016 when the both Houses of the U.K. Parliament and the Queen approved the Investigatory Powers Act of 2016. This bill goes by the nickname Snoopers’ Charter and, as its name suggests, it essentially empowers British law enforcers to collect and examine its citizens’ private communication and internet usage data among others. The Snoopers’ Charter widens the parameters of legal electronic surveillance for British intelligence and the police.

Among the provisions of the Act are the following:

As of this writing, the Snoopers’ Charter is still very much in play despite its unpopularity and overwhelming opposition. While there are entities that are working hard to fight the Act and some are making some headway, it will be an uphill battle to repeal it. Even as some provisions of the Snoopers’ Charter are being ruled unlawful by the courts, revisions are also made to counteract it.

Taking into consideration the provisions above in the Snoopers’ Charter, it becomes quite apparent why British VPN service usage is skyrocketing. It wouldn’t be a stretch to assume that a good portion of those who are using VPN services in the U.K. are doing so to regain some semblance of their internet privacy in light of the seemingly invasive provisions in the Snoopers’ Charter.

By using VPNs as they surf, browse and engage in any other activities online, U.K. residents prevents the authorities from tracing the sites that they accessed. The rise in VPN service usage in the U.K. is a clear indication that internet users in the region want their privacy, which they deem is their right. Unless U.K. authorities rule that its usage illegal, the popularity VPNs in the region is likely to increase even more.

Keep in mind that your online anonymity and security is not absolute when you use a VPN. Theoretically, hackers may still be able to intercept and decipher the data passing through your VPN tunnel. The VPN, however, makes the task exponentially more difficult for hackers. Another thing is that while you may be able to keep prying eyes away from your internet activities, the VPN itself can and may log everything that you do online through their servers.

When pressed, your VPN might hand over your logs to the authorities when pressed. There are cases, as well, where certain VPN apps will install malware on devices. If you are looking to use a VPN service, it is best that you do thorough research and pick one that you can fully trust.

Best Programming Languages to Learn in 2019