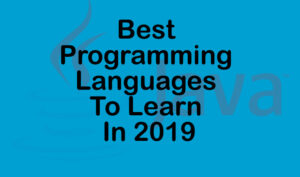 With the wide variety of coding languages that exist, for anyone interested in finding studying coding or pursuing a career as a developer, it is important to take the time to investigate each language in order to make informed decisions.

A good place to start is by checking the most popular specialist developer / tech job boards like Stack Overflow and Github.

Seeing which skills seem to be most in demand for the type of jobs (and salaries!) that appeal to you most can be a great way to decide where to focus your studies.

Some of the most in demand languages currently for app developers are:

One of the most common beginner languages, fewer lines of code and fewer complex concepts to learn can make it faster to learn. Python also allows you to get straight into coding and create working programs, allowing new programmers to develop good programming habits, yet syntax isn’t as strict as it is with other languages.

The popularity of Python with software developers and large social media platforms is another benefit for students wanting to take their skills further than the classroom. Python’s demand for applications in scientific computing, data mining, and machine learning makes it a popular candidate in the job skills search. Python has been steadily growing as a language and shows no sign of slowing down in 2019.

A relatively new system level programming language changing how we approach programming, Rust was one of the most loved and in demand languages for developers by the end of 2018. Operating as a low-level language best suited for performance engineering, it is able to avoid pointers, overflows and a whole range of memory errors. Rust is a complex language which consists of many complex rules to work correctly and so isn’t as recommended for complete beginners as Python or Java are. However, for developers this language is set to be in very high demand in the near future.

According to the 2018 stack overflow survey, it is one of the most loved and in demand, with many developers predicting that Android development will shift over to Kotlin. As well as being fully interoperable with Java, it is able to be used anywhere where Java is used today. Being officially endorsed by Android developers as a tool to write better apps faster and increase developer happiness, demand for this language is on the rise every day.

One of the most widely used programming languages, a machine level language which shows the user how the hardware and machine interact alongside the fundamentals of programming. Knowledge of C teaches things like debugging, memory management, and a deeper understanding into how computers work which other high-level languages may not.

Learning C is perhaps harder than Python or Java, but it is able to prepare you to code efficiently and will help you to master other languages with similar constructs.

Another of the most popular languages for both students and beginners, Java is an easier starting language, using OOP principles which translate well in to many other modern languages such as Python, PHP and Perl. Once you learn a language with these principles the others can be learnt pretty easily. Another advantage of starting with Java is that the wide learner base offers many examples and templates in which to study from. Without machine level control (given in C), you can access the most important parts: file system, graphics and sound. Arguably the most popular language to learn and a language that is still going strong even after the invention of many new languages, it is still one of the most valuable.

Widely used both among web startups and big companies, Ruby and Rails makes it easy to transform an idea into a working application fast, ideal for startups looking to get to market quickly. As used by Twitter, GitHub, and Treehouse.

A language that can be used by every platform, from IOS and Android apps to Linux, the language is versatile and corporate making it a preferable one to corporate employers. Although more complex, it allows learners to get a very good understanding of programming paradigms which lends greater understanding to other languages that are used in industry. For both beginners and developers this is a valuable language to learn, and especially for beginners learning C# will allow you to easily learn another language and grow your coding skills.

Shared Hosting vs VPS: When is it time to Move?