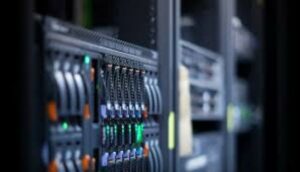 VPS is a service provided to the clients who demand that they want and virtual server with its own operating system. They can have unlimited access to that operating system and can fully use it. They can install all those software which are compatible on that operating system and benefit from it. In comparison with a physical server it has a less price so that makes it more preferable. But only the price doesn’t matter, sometimes the performance of the VPS can be lowered depending on the workload and the number of person who are sharing that virtual machine.

It is of essential importance to know about this form of hosting before you consider to buy VPS with bitcoin. Nevertheless, here are some of the features you must know about:

Having your own operating system has its own perks. All the server applications can be used by the VPS user in its own way of choosing. These services like Apache, PHP and MySQL can be customized according to the needs of the user who is using VPS. Having the services customized according to the preferences of the user makes the workload of the user lighten and he can perform his/her tasks in lesser time and effectively as well.

If have control over your activities and you are not dependent on anyone else that makes VPS of more value. As some applications require system restart and technically we are sharing a virtual machine but using VPS gives you an advantage, that advantage is you can restart whenever you want because you are using your own operating system. As you are using your own operating system so it doesn’t affect the other persons who are sharing the same virtual machine.

Generally in shared server the RAM for instance is shared between the users and so the speed of a single user is affected by other users. While in VPS this problem is resolved. As every user has its own operating system and so every user has its own dedicated RAM and the full capacity of the RAM will be used by the user and no other person is sharing that RAM. VPS gives the user dedicated resources so that user can work easily and with full resources. That user’s work will not be depended on any other user.

VPS is a detailed area. There is a lot that one needs to know about VPS hosting. However, the features listed above are not an exhaustive list. You can know more about this on the Internet and other sources of information.

The Best Features Your Website Builder Must Have – Mobirise