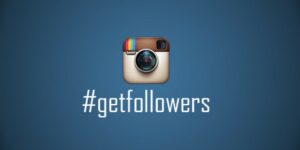 With Instagram being at the top spot for social networks, nearly every brand under the sun wants to be the most followed of their industry. Getting to that point means you’re not only the most recognized but also reeling in the most revenue, which is a big reason why Instagram is viewed as such a lucrative platform for brands to capitalize on. However, reaching a significant following quickly is no easy task, which is why we’ve provided a few hacks to get ahead of the curve. Check them out below:

As your Instagram accounts are going to need a foundation to build from, it might not be a bad idea to enlist the help of an engagement service, like Social Gone Viral. Rather than just going after a cluster of new followers, SGV actually has real people coming to engage with your brand in a genuine way. This is a pretty crucial aspect for other new followers to see, as it validates their decision in going to follow you, and thus, increasing your overall audience; however, that all starts with engagement, which as noted by Ad Espresso, Instagram is the king of with a rate of 4 percent per a brand’s base. Capturing that is going to be crucial for your success, which is why we highly recommend starting out with a service like Social Gone Viral.

Pick Up A Management Tool

Another important tool to use for Instagram is a social media management tool. If you’re not familiar, these are services like Buffer or Hootsuite that enable you to look at analytics, schedule posts, and even keep track of conversation management. The goal of using a service like this is to target your Instagram followers at the perfect time, which you can cross-compare analytics on improving. Make no mistake, this is well worth it to put the investment into because as noted by Record, with your average Android user spending 53 minutes per day on Instagram alone, there are frequent windows to capture, which means more chances to turn followers into customers.

Use A Photo Editor

A significant part of developing an audience is ensuring that your posts are presented in a similar aesthetic. As people are scrolling through their feeds, it’s easy for your posts to get lost in the mix, which is why they need to show a specific, indelible style that not only captures your audience’s attention but showcases your brand as well. In fact, according to Zimmer Communications, color increases brand recognition by 80 percent, which is why it’s not a bad idea for you and your team to sit down and decipher through which color palettes work best for your next round of posts.

As engagement is a two-way street, investing in a company that helps you specifically target followers would be a wise choice, which is exactly what Magic Social does. Although that might sound highly sophisticated, it’s actually much more feasible than you might imagine, especially with how the relationship between brands/businesses and Instagram has improved tremendously (for example, the most recent update helped brands see a 105 percent increase in engagement, according to Social Bakers). Yes, Magic Social can truly work magic on developing your audience, and should definitely be one of the top tools you add to grow your Instagram followers quickly.

Although a small contribution, including hashtags is one of the easiest ways to start garnering more followers every time you post. While you don’t want to go hashtag crazy, including a couple with every post can be a smart way to bring those from your community into your page. Also, don’t be afraid of even creating some of your own, because as noted by Sprout Social, approximately 70 percent of hashtags are branded, meaning this is an excellent strategy to not only bring customers to your hub but consistently grow a new audience as well. Brainstorm a few hashtags that could be effective for your business, as this is a surefire way to keep the conversation going.

No matter the platform, if you’re going to be effective with social, then that starts with being an effective storyteller (especially on Instagram). According to Postcron, 90 percent of consumers aren’t necessarily interested in what you have to market, but how the message and brand make us feel. This is why having a solid brand mantra or mission statement can be beneficial to keeping your messaging in-line. Granted, while this doesn’t necessarily mean that every post should sound the same, they should come from a similar line of ethos or core thesis in ensuring continuity for a long time.

While most entrepreneurs or social media managers assume that the audience for their brand is exactly like them, that couldn’t be further from the truth. In fact, as noted by Jumper Media, Instagram is actually a much younger demographic, with 64 percent of users between the age of 18 to 34. When you break that down further to the audiences of the subculture or specific demographics your brand might be a part of, it can be even more of a niche audience. A good rule of thumb with audience building is starting with what you do know, then breaking things into a ‘web’ of related categories from there, honing in on who you know for sure to be customers versus who potentially could be.

Stay Consistent With Your Efforts

Finally, as practical is it sounds, staying consistent with your Instagram efforts is critical to continue building an audience. Honestly, this is a daily practice, with most accounts posting between their story and page multiple times per day. The reason for this comes two-fold: first, as noted by LucidPress, brands that presented consistently are three to four times more likely to experience increased visibility (and most likely more business); and two, to continually learn and improve their efforts on Instagram. After all, our overarching goal isn’t just to go viral but to build a base of loyal customers for years to come, which starts with studying who they are and ensuring you’re reaching them day-in and day-out.

What are some tricks you’ve learned that helped get you more followers? Comment with your insights below!