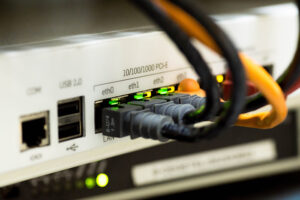 From internet security to anonymous surfing when streaming movies or different kind of media content, VPNs are slowly becoming a must-have tool for many users worldwide. The reason behind this phenom relies on the advantages of using secure data transfer that proves to be less vulnerable to hacker’s attacks, while at the same time becoming a bridge for streaming content that is geo-blocked as what can be the case of many videos available at news portals or TV series online.

Today, we are going to analyse the importance of using a VPN service in our daily life by stating some proven facts.

Security above all else

Virtual Private Network, well-known as VPN, is a group of computers networked over the internet. This process allows business to remotely connect to their headquarters, in which workers who happen to be abroad can safely exchange data even if they happen to be using their laptops at a cybercafé. Why does this happen? VPNs have encryption services embedded in which access is only allowed via credentials (either a login with username and password or hardware-related login services as WIBU-keys).

Why should you use a VPN

Depending on the activity you happen to be doing, the more or less importance in which VPNs can prove to be useful. For example, if you happen to be an employee at a firm, VPNs are used for exchanging sensitive data whose leak may end up becoming a huge blow for the company itself: either leading to lawsuits or risking the company’s position in the market, such as the reiterative case of Samsung vs Apple in what patents regards.

Schools tend to use VPN services as a way to avoid students to waste time surfing the net, unless allowed during their spare time, as also what can be named as a method for preventing viruses to destroy invaluable educational resources or institutional material from the managerial area.

There’s another scenario in which you could get the benefits of using a VPN, and that’s if you happen to be a compulsive downloader. Whether you are doing this legally or illegally, you most likely don’t want to be involved in court deals just because you used a torrenting app for getting your hands on something that wasn’t available through other methods. VPNs, used in combination with clients like BitTorrent or uTorrent, are the only proved method for staying safe when downloading content from the net, especially if your country has strong regulations about piracy acts.

Finally, in case you are some cultural-guru whose interest in keeping up with the latest events has to lead you to the situation in which geo-blocked streams become a constant headache. TV shows, sports events or even movies can be blocked as either the broadcaster only allows streaming at the same geographical location or because there is already a deal made with a local broadcaster in your place (paid cable providers). Fortunately for these scenarios, there is a valid alternative to using VPNs: you can fool these restrictions by installing a VPN on your computer and just switching to the country from where content is released. Not so long ago, streaming services like Netflix offered a different variety of shows depending on which VPN location you happened to set – now such service isn’t available – but for movie lovers that experience the nuisance of not being able to stream services like Popcorn time, there are some interesting choices worth checking as listed by anonymster.com

Aspects you need to consider prior hiring a VPN provider

It’s not just log in and getting all the limited content available in a blink of an eye; for those unaware of what’s going on behind curtains, you should know that some parameters can determine whether a VPN service is worth investing or not. For starters, you should check the protocol used depending on the endgame for your VPN service. PPTP-based VPNs are known for experiencing vulnerabilities, and that’s the reason why most corporative clients rely on the services of SSL or IPSec clients; for ordinary users perhaps there’s no need to put much emphasis on this point, but yet is important to acknowledge where you are standing at.

Logging is another aspect to consider, as regardless of how secure you think your communications are, VPN operators can eavesdrop, if required, through your data exchange. Take a close look at logging policies from different providers prior choosing a service: it only takes a couple of minutes but is worth the effort.

Finally, extra features like Anti-Malware protection (through firewalls and HTTPS protocols) are a must-have these days; however, VPNs that happen to provide Mobile Apps are generally best awarded than their competitors given the praise in smartphone/tablets usage.

Should you consider getting a VPN? This infographic by ExpressVPN quickly resumes all that we have been explaining to this point.

Put all these factors in balance with the price for the service to be acquired, and most likely you are taking the first steps towards the safest networking experience you ever imagined. Good luck!

Tips to Keep Your Car Young (And Yourself Safe)

3 Areas of Business You Should Consider Outsourcing Today