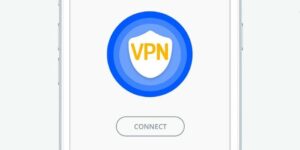 Which VPN (virtual private network) is the fastest? Which offers the best value? Which VPN is the best overall? These are questions that any discerning consumer will try to answer before committing to a VPN service provider. And in a surprise sweep of the BestVPN.com Awards, the answer to all these questions is the same, ExpressVPN.

The industry leading BestVPN Awards are the biggest annual showcase of the best VPN options currently available on the market. BestVPN have evaluated VPN services based on different categories such as Best Speed, Privacy, Customer Service, as well as the best Free VPN option for consumers looking to try a VPN service before putting down money. And like all awards, they also crown an overall winner.

This year, ExpressVPN took the crown with the Best Overall Award, the Best Speed Award, and won the popular public vote for Best Value (the panel of judges ultimately decided to award it to PrivateVPN instead). It was also a runner up for Best Privacy, and Best Customer Service, all the categories it qualified for (ExpressVPN is a veteran of the industry and doesn’t have a free tier, so didn’t qualify for Best newcomer and Best Free).

What are the BestVPN.com Awards?

BestVPN.com Awards are the top honors offered by leading VPN price comparison and review website. BestVPN.com’s primary goal is to help inform end-users about the best VPN options available to them. This includes reviewing and comparing the features of different VPN products, as well as informing users about the most relevant security issues that they need to be aware of.

In their awards, BestVPN’s selection of awardees was done through a distinguished panel of experts, all with significant experience in the cybersecurity industry. Their deliberations were further supported by the results of tests, experiments, and comparisons done by their editorial and research teams.

Why use a VPN?

Since the announcement that the WPA2 Wi-Fi security protocols are no longer secure due to the discovery of the KRACK exploit, consumers now need to take additional steps to safeguard their privacy. There are plenty of different options that users have access to do so, but for many, using a VPN remains one of the easiest and most accessible ways.

Besides security, the United States’ repeal of Net Neutrality at the writing of this article highlights another use of the VPN – circumventing internet censorship. Without a VPN, governments and ISPs can restrict your content access based on your location or even browsing habits.

However, this means that there are plenty of factors to consider when choosing the VPN. Some of the key aspects that you may want to consider are, Speed, Privacy, and Cost.

When it comes to browsing the internet, we all know that connection speed is of the utmost concern. Because internet traffic is routed through a VPN server, users may experience a drop in speed. VPN providers work to optimize their technology so that this drop is kept to a minimum, or is entirely imperceptible. Along with being awarded as the best overall VPN, ExpressVPN has also been classified as the fastest. This was done primarily through BestVPN’s speedtesting where ExpressVPN was measured to be, on average, at least 6 Mbits faster than the other measured VPNs.

Sophisticated encryption is always a good thing to have when using a VPN. The level of security and privacy a VPN service offers should weigh heavily on the minds of the discerning consumer. AirVPN was awarded as the best in privacy thanks to their implementation of the Tor anonymity network, as well as their use of SSL and SSH tunnel networks.

VPNs aren’t cheap. When it comes to adopting a service like VPNs, it would be good to know what exactly using a VPN is like before putting down the money to subscribe to a full VPN package. The general rule is usually that free tier VPNs are quite bad. However, it ProtonVPN bucks that trend. Awarded as both the best newcomer and best free VPN service, ProtonVPN may be a good point of entry for some users who are generally unsure about using VPNs before they move on to more sophisticated offerings.

TRAVEL CHAIN- The first ever decentralized blockchain platform for the travel industry.