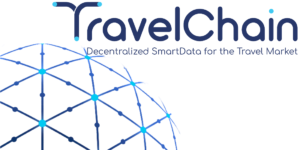 Security was a significant concern which started off the TravelChain project. The team found out how Online Travel Agencies (OTA) used the free data from users and retargeted them with offers which were cheaper compared to other local businesses, and the quality also plays a significant role. People not knowing the fact fall for it, and miss the opportunities by other companies. TravelChain has come up with the idea of keeping the user data encrypted, in return rewarding them in ‘TravelToken’ (TravelChain Coin), benefiting the local small and medium businesses and also by giving best offers to the users within the platform.

DATA IS THE SOURCE OF ALL ONLINE TRAVEL COMPANIES

Ilya Orlov, CEO, TravelChain believes that the company has the primary concern in making money to survive in the market as they have a loyal customer base and they serve some exceptional quality of data to its users. TravelChain according to the CEO, for businesses, does mainly two things:

“Data is the “oil” of the 21st century, but in most cases, it circulates within corporate systems and cannot be used by other companies to create innovative services. We are looking to bring fourth digital revolution in the travel industry using blockchain.” said TravelChain co-founder and CEO Ilya Orlov. “We designed TravelChain to bridge the gap between all stakeholders in the travel industry and incentivize the consumers. Travelution is coming”

TravelChain is a decentralized data exchange platform for the travel industry. It is globally scalable data storage infrastructure, secure by its design.

Graphene-based blockchain allows us to make the public information available for every part of the system, while private information is safely encrypted and stored with just the mark about the type of the data inside. Individual users (private or corporate entities) own the keys to their data to control secure storage or distributing /selling their data in real time.

Profits increases by detecting and barring the users who have minimal or less moral values for the community of TravelChain and have no respect for the travel industry. So, the users who contribute to the community with a correct database are rewarded in ‘TravelTokens’ which can be used in platform purchases. This ‘Graphene Blockchain Technology’ which allows TravelChain to pay for the content is different than other blockchain platforms which make the user data available into every part of the system.

TravelChain’s CEO, Ilya says they have a team of winners and their whole life they have always been winners. TravelChain is going to make big in this blockchain industry and is ready to give the best of the unicorns and decacorns from the market. Many investors who were amateurs have grown with blockchain coming up, and much more will flourish.

The TravelChain token sale is going to be on their graphene-based blockchain and going to start on December 15, 2017. TravelChain has announced that it is going to launch its blockchain platform on Graphene blockchain and not on Ethereum. TravelChain is a breakthrough in the travel industry and is the core of the ‘SmartTraveling Ecosystem’ which is going to provide reliable tools for developers willing to create services that meet demands of contemporary leisure travelers. TravelToken is making its TokenSale on December 15th 2017, and the total issue of tokens are 2100000000 TT. In which 33%, i.e., 700000000 of the tokens are reserved between the team and the early investors who are going to have the in-depth review of the market with conceptualization and creation of an MVP. 67% of the total tokens, i.e., 1400000000 are being assigned to the ICO of TravelChain members. The aim is to develop and launch TravelChain and invest in the future of AI research which would drive TravelChain driven applications.

The token sale is live at : www.travelchain.io