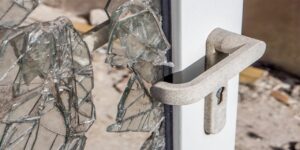 Hollywood has led us to believe a lot of things about burglary that are just not true. For example, how many TV commercials have you seen that portray an angry burglar ready to smash a window and confront a homeowner? Such scenes make for successful selling, but they seldom reflect reality.

The truth about burglary is that it is a lot less glamorous than Hollywood makes it out to be. Unfortunately, our own ignorance about what burglary is truly like tends to make us more vulnerable. We could all use a bit of education. Knowing a burglar’s mindset would go a long way toward helping us come up with strategies for protecting our homes and families.

To that end, there are five things below you might not know about home burglary, compliments of Vivint Smart Home. According to Vivint, homeowners can learn from these things in order to protect their homes while they are away .

Portraying burglaries as happening at night, when people are sleeping, is a good way to sell home security systems. But reality paints a different picture. A 2016 UNC study showed that the majority of home burglaries occur between 12 and 4 PM. Midday is prime time for burglars.

If you do not understand the significance of this, here it is: burglars prefer to hit your home when you aren’t there. They would rather go during the daylight hours because the chances of your home being vacant are pretty high.

2. The Front Door is Preferred

Next up is the preferred point of entry. Believe it or not, the front door is what most burglars prefer. A front door can be breached fairly quickly and without making too much noise. It also tends to give quick access to the upstairs portion of homes with two floors. This is important, as you will discover in the next point.

The takeaway here is that any strategies designed to thwart burglary should start with protecting the front door. Once it has been addressed, look at first-floor windows and any secondary doors on the side or rear of the house.

3. Head for the Master Bedroom

Upon entry, a smart burglar immediately heads for the master bedroom. Why? Because this is where he/she can find easily liquidated objects like jewelry, electronics, and weapons. The master bedroom is also the most likely place to find cash and credit cards. Just two or three minutes in the master bedroom could net the burglar quite a haul.

What’s the lesson here? Do not leave your valuables unprotected in the master bedroom. Lock them away in a hidden safe or take them with you. It will make for a very unhappy burglar, but that’s his/her problem.

In a comprehensive study done several years ago, hundreds of incarcerated burglars admitted that they avoid homes they know are equipped with alarm systems. Why? Because alarms make noise. The last thing a burglar wants is to draw attention to him/herself. He or she doesn’t want to trigger an alarm that sounds so loudly that the entire neighborhood knows.

Burglars will actually look for security company placards and details. If there is any evidence to believe a house is alarmed, a burglar will be more inclined to choose a different target. And by the way, they aren’t fooled by fake placards and decals. They shop online too.

By the way, this is why video doorbells are so effective as burglary deterrents. A video doorbell starts recording video as a burglar is walking up the driveway. The first site of that doorbell will send most burglars running in the other direction.

The more you know about the reality of burglary, the easier it is to protect your home and family. Don’t believe everything you see from Hollywood. Instead, get the facts and protect yourself.

AirDroid Business is Making Life Easier for Companies on the Go