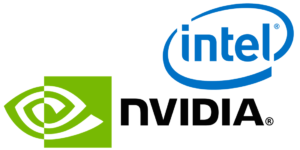 This is an interesting battle because it pits two of the most powerful companies in technology against each other. NVIDIA’s early aggressive approach allowed them to gain impressive traction early on but Intel’s greater resources allow the company to catch up through acquisition. However, Intel’s strategy appears flawed and that will likely cost them this segment much like they lost mobile, wearables, the Maker Movement, MP3 players, and video conferencing.

I think this will be painfully obvious at CES next week.

The Car Companies, as a group, are insular and most seem to have the words “Not Invented Here” embroidered on their company shirts. Many continue to have the delusion that their solution needs to be both unique and dominant because, if it is, their competitors will have to license it from them. This despite the fact that this almost never happens in any industry and, were positions reversed, that they wouldn’t license the technology themselves.

These companies currently aren’t even in agreement as to what a solution should be with some thinking the cars should be completely independent of the driver, and others thinking the technology should enhance, but not replace, the driver. The irony here is that if you take the driver completely out of the driving process the emotional connection between the car and the driver may be broken and past car buyers may evolve to become Uber and Lyft users and stop buying cars. (Virtually every model I’ve seen showcases this move would be vastly more economical for the users than owning a car).

Toyota was really the pioneer of the concept of Guardian Angel which applies the technology in a way so that the driver is largely enhanced but not replaced (BMW appears to be in this same camp). The technology in this implementation enhances, but does not replace, the driver most of the time but you’d still have the option of hands off freeway driving. This model assures the protection of the current car market while the competing concept, chauffer (taking the driver focused controls out of the car), has the market dropping to a fraction of its current size as people move away from buying cars and toward car services like Uber and Lyft. Yet chauffer remains the most common model used when a car company showcases a final solution.

The most common comment about Technology companies by car companies is that these firms are arrogant, don’t understand the auto industry, and don’t listen. Interestingly these have been common complaints that come up whenever technology moves into another area. This is largely because these earlier industries, as has the car industry, were set in their ways and resistant to new things. This is largely why Tesla, coming at the industry fresh as a Tech company, was able to cut such a broad swath through it and gain a market valuation, despite the lack of profit, that dominates the segment. This last, if not corrected, will clearly become problematic, but it remains likely that should Tesla fix their profit problem, they could iPhone this segment.

NVIDIA ran at the autonomous opportunity early and focused on their strengths. They didn’t try to do sensors or, motors, or anything else that will undoubtedly be needed to flesh out an Autonomous car solution. Instead, they focused on creating a brain and the eco-system that would surround it. They allowed others like Cisco to focus on things like networking and other parts of the solution that they weren’t expert in and now pretty much dominate the part of autonomous driving that directly relates to the intelligence of the solution and their defining strength.

NVIDIA aggressively hired experts out of the automotive industry and began partnerships with lead players like Audi early to build an understanding and embed themselves into the design process. Currently, if you look at most leading-edge autonomous car efforts NVIDIA is a key component often partnered with other tech firms, and Automotive industry parts suppliers, to complete the solution within the existing automotive framework.

NVIDIA not buying into more of the solution stack, in this early phase, allows the company to ride above related changes and assure they remain relevant as sensor, controller, network and other parts of the solution change. These changes will, and are, happening as autonomous cars come to market, and these changes would, otherwise, overwhelm the firm. By staying focused on what they do best, they assure relevance. And by focusing on the areas they do best and being early, they assure dominance.

Intel was, like many of their peers, overly excited about the opportunities of the emerging mobile market last decade and not only didn’t do well in that market they were late to autonomous cars. They bought into the segment in a near panic making a rookie mistake of buying sensor vendor, Mobileye. Timing was ugly because the leading car using that technology, the Tesla S, abandoned it as unacceptable after a fatal car crash involving it. It is interesting to note that Tesla doesn’t seem to have found anything better yet.

The issue for Intel is they really aren’t a sensor vendor and they, historically, have done poorly with acquisitions. They tend to underfund, undermanage, and drive away key talent over time regarding acquisitions with McAfee being the most recent example of a failed effort. In addition, doing sensors distracts the company from where they should be focused and limits their ability to partner. They should be focused, like NVIDIA, on the intelligent side of the solution and gaining scale by partnering with sensor firms not competing with them. This is particularly problematic with firms like Tesla arguing compellingly that visual sensors, like Mobileye provides, aren’t adequate.

Currently they don’t seem to be in the same decade with NVIDIA in terms of providing the higher margin intelligence side of these solutions and while some of their technology is in an impressive number of cars, it tends to be far lower in the stack and at what should be far lower margins than Intel is typically used to.

Intel does seem to be doing an impressive job with lobbying which will raise all boats, but competitively against NVIDA, they are like a Tennis pro competing in Football, they are mispositioned with what are strategic weaknesses (acquisitions and peripherals) against NVIDIA’s strength in intelligence.

At this phase of a market developing one thing Intel is doing right is lobbying, in this all vendors should be aligned because, until the market develops no one really wins. However, competitively, Intel remains overmatched not because they lack resources or talent, but because their approach is ill conceived and focused where the Intel, not NVIDIA, is historically weak. In fact, you could argue, that currently, Intel and NVIDIA aren’t even really competitors with both companies largely having their successes in complementary not competing areas, but because of the animosity between the firms and Intel’s ultimate goal, they are competing anyway. That is suboptimal and not good either for the advancement of the industry in general or Intel’s long-term success specifically.

Both companies still face significant issues with car company inconsistencies and antiquated attitudes and processes (security, patching, and lack of market intelligence all seem nearly consistent issues between the car companies excluding Tesla). And the long-term problem of these companies’ myopic views regarding outside help and resistance to collaboration.

In the end I’d argue this is still NVIDIA’s segment to lose, at least about the AI in the car itself. However, the car companies are on dangerous paths themselves and, I expect, when this transition is over, if they don’t get a clue, there will be substantially fewer of them.

What Makes a Successful Microtransaction Model?

7 Millennial Struggles That Are Too Real To Ignore