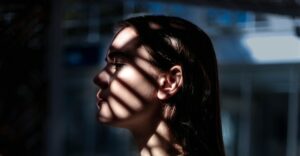 Millennials, the much-maligned generation, have been the subject of endless rants and thought pieces. On the flip side, there has also been a growing number of literature that offers them praise.

But one argument stands out because it focusses on the root cause of the loathing. According to it, millennials did inherit some of the worst effects of the 2008 financial crisis. But even as they come to older generations with a plea about their plight, they are met with accusations of being self-absorbed and entitled.

It’s time for a real talk. In this article, we will look at the legitimate fears and worries of an entire generation. Maybe taking a look at these concerns will help the rest understand the millennials.

While there is some good news, millennials are actually wary of joblessness. Contrary to the belief that they love hopping from one company to another, majority of them want to latch on to a permanent career. Job security is a serious concern that it tops job mobility and satisfaction on their list.

Securing mortgages is not even the first source of housing woes for young adults in the UK. Instead, it is a consequence. Lingering student debt, rising rent costs, and low wages have created the perfect storm for most of Generation Y’s inability to own a home. With meager salaries, they are hard pressed to allocate a budget to a permanent abode after adding student loan repayment to their fixed expenses. And since they are paying higher rent than previous generations, most millennials are struggling to save up and pay the deposit needed to claim a property.

There is a stark forecast for millennials regarding retirement. They will need at least £1 million in pension fund to be able to live decently after giving up their jobs. It is quite ironic because in order to fork that much money, they will have to toil until they are probably over 70. That will leave them with a decade to enjoy the fruits of their hard labor if they reach the ripe age of 80.

Worries over the economic impact of the Brexit negotiations remain. Millennials, who are already hit by the abovementioned trifecta of unemployment, salary deficit, and student debt, will continue to struggle amid a jump in inflation in a post-Brexit world. But, at the very least, this generation that came of age during a period of deep recession is not going to succumb to this moment. One should not forget that, although these people are inclined to take on traditional work, they are more flexible in their career choices.

The recent terror attacks in different parts of the nation have become a major concern for millennials, alongside war and political conflicts. They share the same sentiments with their Gen Y fellows from other mature European economies, according to a report by Deloitte. But UK millennials are not mere observers, the professional services firm added. They have the potential to be a positive force toward change wherever they happen to be at this point.

Millennials are the first generation to become digital natives. In this case, they are likely to have the knowledge and skills to understand and mitigate the risk of compromising cybersecurity. However, they struggle with protecting themselves and their data because of financial constraints. Free virtual private networks, for instance, do not offer total connection security. Sometimes, the best they can do is to install their own WiFi router at home, which is a very millennial thing to do.

UK youth are more anxious and depressed than their global counterparts, second only to the Japanese. In a report by The Independent, more than half of the millennials surveyed said money was a main cause of anxiety. Despite the statistics, about 67% believed their country was a good place to live in.

Like people from previous generations who underwent development phases in their adulthood, millennials are facing challenges that are not unique to them. Joblessness and housing problems have affected individuals throughout the last century, be they Gen-Xers or Boomers. It is the circumstances, however, that give the millennials a chance to prove they are no slackers or narcissists. They are just trying to make do with the cards they have been dealt.

Intel vs. NVIDIA On Autonomous Driving

Why Is It Important To Check App Reviews Before Downloading