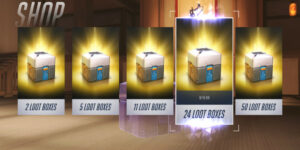 If you’re a big fan of video games, then you should know that times are changing. No longer are game developers selling their games for a one-off fee to gamers. Instead, many game developers are giving their games away for free! As strange as this may sound, this type of business model is known as the microtransaction model.

Although this model has only been around for a short amount of time, it’s already having huge implications for online games. With plenty of games out there already using the microtransaction model, how come some games are making billions while some are disappearing faster than they are being launched?

To explore what makes a success microtransaction model, we’re looking at the top games that use the model successfully to rake in billions. From League of Legends to Candy Crush, here’s everything you’ve wanted to know about how free games make money.

One of the most successful games out there that uses the micro-transaction model is undoubtedly League of Legends. Released in 2009, League of Legends now pulls in over $1 billion a year while still being free to play. Everyone who plays the game has a choice if they want to purchase in-game items or not. These items don’t make it easier for a player to play the game, they just change the visual appearance of characters. This means if you want to stand out from other players in game, then buying a skin is the best way to do so.

By keeping in-game purchases to cosmetics only, this stops the game from becoming “pay to win”. Many other games which use the microtransaction model often give players a big advantage in exchange for money. This means the more money a player is willing to spend, the easier the game becomes.

This might be good for the player paying money, but for all the rest of the free players, it takes away the point of the game. League of Legends understand this and have limited the in-game purchases solely to cosmetic changes. This means no matter how much money a player spends on skins; they’ll never have an advantage over other players. They’ll just look much cooler!

Having been in business for nearly 10 years, League of Legends has grown year on year in both players and profits. By not forcing players to buy in-game items, this has boosted the popularity of the game dramatically. However, League of Legends isn’t the only game that has managed to use this model successfully.

Another highly successful free to play game that uses the micro-transaction model is the incredibly popular Candy Crush. Launched on mobile devices in 2012, Candy Crush takes the user on a world of tricky puzzles that the player must complete in order to advance to the next level. With plenty of tricky situations involved, sometimes the user can get a little boost thanks to in-game purchases.

Although buying boosts in Candy Crush is completely optional, since they are so powerful and give players a huge advantage, many gamers say they are essential to win. Unlike League of Legends, Candy Crush takes advantage of gamers impatience and promises to reduce the amount of waiting in exchange for cash. For example, if a player has completed 90% of a level but then suddenly dies, they can pay to continue from where they died. For many users this is viewed as “pay to win”, but surprisingly enough doesn’t have an effect on the games popularity.

In 2014, over 93 million people played Candy Crush while revenue over a 3 month period was reported as over $493 million. Clearly Candy Crush are using the micro-transaction model efficiently and are raking in billions!

Now we’ve had a look at games using the micro-transaction model successfully, it’s only fair that we mention the bad examples. If you’ve been paying attention to gaming news then you’ve probably heard all the fuss about EA’s Battlefront 2.

One of the most anticipated Star Wars games, Battlefront 2 is based on the highly successful video game of the same name released in 2005. Creating by the gaming giants EA games, everyone had high hopes for the release. Unfortunately, due to their microtransaction model, not everything went as planned.

The game itself was sold to players for an absurd amount of money. Starting at $50 for PC and XBOX versions, this wasn’t even the worst of it. The part that really annoyed gamers was that they had to buy in-game loot boxes to unlock certain characters. Players who chose not to buy these loot boxes would have to spend on average 40 hours of game time to unlock a character. As you can probably tell, this was clearly pay to win. Imagine paying $50 for a game only to be told you need to buy additional items in game. This is precisely what happened.

Many gamers were outraged at the thought of having to fork out additional money for the good characters. In response to this, EA replied to a comment on Reddit stating they thought the loot box system was fair and gave users a sense of pride upon unlocking characters. The comment became the most downvoted comment in Reddit history with over 674,000 dislikes.

Intel vs. NVIDIA On Autonomous Driving