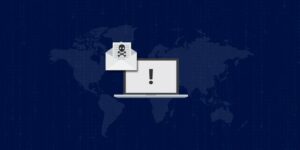 According to statistics from Adaware, between 100 million and 150 million PCs online are under at least partial control. Even scarier than that number is the realization of how easy it is for spyware to get onto a computer. Many versions of it are imbedded in apps and written in clear language in those apps’ End User License Agreements. But an estimated 63% of consumers give consent to those agreements without ever reading them, basically opening the front door to their systems and inviting the spyware right on in.

Spyware is often harder to detect than traditional viruses, adware, and other forms of viruses because it lays low and is not always an active participant in your computer’s routine processes. It can record your keystrokes and take screenshots and even video of your activities without draining too much memory or processing power, and often uses your computer’s downtime – such as nighttime or early morning hours – to send its reports to its owners’ location. Before you invest in anti-spyware software, check out the following test that gives several circumstances that indicate spyware is present on your machine. If even one of the following is true for your device, you should immediately research spyware software applications online to find one that best suits your needs and budget. From there, install, cleanse, and reboot your machine to pure any and all spyware from your system.

Do You Think you are at Risk of Erectile Dysfunction? Here’s What to Do