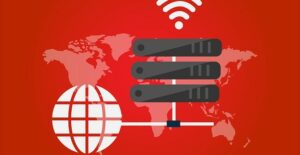 Free always sounds great to us and we are often attracted towards free services offered on the web. While not all are bad, there is some strategic planning behind brands being generous enough to provide free service. It could be for gaining popularity, creating more users or ranking higher on the search results, which is a part of being popular. These are all the positive aspects of it, which is a win-win situation for both the user and the company. This is not what always happens, especially when you are using a free VPN.

There is an outrageous number of free VPN services available on the web and it is quite obvious that you are more likely to be attracted towards the free ones rather than having to pay for the same service. The point that is being missed out here is, that the free and paid services are not entirely similar and thee hidden differences which they don’t reveal. As a matter of fact, these differences are can be dangerous and will cause more harm than good. Let’s look at a few solid reasons as to why you shouldn’t be falling prey to these free VPN services.

1. They May Track and Sell Your Data

To begin with, let’s understand in brief the working of a VPN. Essentially, a VPN service has servers around the world in various countries. When a user connects to a VPN, it redirects the user’s IP to one of the servers around the globe and masks the original IP. Sounds cool, isn’t it? It is pretty cool but there’s a catch here. Setting up servers or even renting them can cost a ton to VPN service providers and they need to find a way to make profits out of the free service that they are providing.

While VPN prevents other sites, you are visiting from getting your personal data, the VPN itself has access to all your data. This is just a significant trade off. By choosing to not provide access to your data to other websites by using a free VPN, you end up providing all of it to your VPN provider who can further choose to sell your data to third-party apps and earn profits.

Advertisements are one of the major sources of income of almost any website on the web and not just the VPN providers. However, we can access a lot of other websites by using an adblocker because there is nothing more annoying than creepy advertisements popping up in the weirdest places.

However, in the case of a free VPN, you cannot control the advertisement you are displayed. Those adverts have a significant priority over your connection and you are more likely to click them. You can get a security and privacy guide to keep yourself safe on the internet.

3. They are Very Slow

Free VPNs tend to be significantly slower than the paid ones and the reason behind it is that they might be selling your bandwidth to other users on the web. Sounds scary, doesn’t it? Well, it is quite scary and that is why free VPNs are not advisable. This essentially means that you are acting as one of the servers around the world and some other user is browsing the web through your IP.

Unfortunately, if the other user happens to be a scammer or a fraudster, it’ll be you who will be caught for online malpractices. Free VPNs do aware you that your PC is going to be used as a server but what they don’t tell you is that they will actually sell your bandwidth to a paid user and earn profits on that. This is what reduces the speed of not just your internet but your personal computer as a whole.

Safety in the online world is of major concern and you need to make sure you are safe on the internet. Paid VPNs are not very expensive and can be bought at a nominal price without you having to worry about anything. Paid VPNs are regulated and no irregular activities can occur with your IP address. Stay safe and do not get tricked by free VP

The Five Most Significant Tech Leaders of the Past Decade