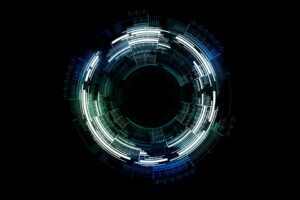 As the old world leaders of the Carnegies and Morgans has slowly dwindled away, new leaders spurred on by technological innovations have begun to take shape. Nowadays, Zuckergerb and Bezos is a much more common household name then generals, bankers, and even politicians.

Here, we’re like to look at the five most influential tech leaders of the past decade, who continue to change the world even today.

Just one month ago, Jeff Bezos officially became the richest man in modern history. Despite your ethical objections to such a feat, there’s no denying that Amazon has completed flipped retail and commerce on its face.

Amazon’s subscription and delivery service have given rise to a vastly profitable e-commerce economy and Amazon continues to make big bets, whether it’s acquiring Whole Foods or getting involved in pharmaceuticals.

There’s no denying truly how ubiquitous Amazon has become or how long it will stay dominant in the near future.

Relatively unknown just a decade ago, Elon Musk’s eccentric character and vast creativity have made him one of the most lauded and controversial tech leaders to date. Who else could shoot a Tesla into space or launch one of the world’s fastest cars using a purely electric motor?

While Musk continues to gain controversy, his projects continue to inspire the most profound debates about the potential that technology can offer us as a species. Whether it’s colonizing Mars or taking a ride on the hyperloop, Musk promises to transform the way we travel in ways that we thought were reserved for the realms of science fiction.

Cofounder of Google and a number of other startups, Larry Page is slowly molding his shell to become one of the most brilliant investors and tech leaders to date. In fact, it was Larry Page’s unconventional style of leadership that made him one of the most notable tech leaders of the past decade. It’s also what inspired Google’;s rapid rise to succession and hegemony over the digital marketplace.

Look out for Page as his new venture includes building the first fleet of flying cars.

Relatively underwraps as well, the former CEO of Polycom Andrew Miller has thrived as a tech leader and was one of the pioneers of the mobile movement we find ourselves enraptured with today. With a simple goal of creating customer centric experiences, Miller has transformed struggling companies into thriving enterprises and changed the way we look at technology today.

Finally, the CEO of Intuit Brad Smith, has run one of the world’s most successful software companies for years now. Smith has distinguished himself as an ethical entrepreneur, creating a company culture and organization that rivals Google and Apple. Of course, we can’t fail to mention how much easier QuickBooks has made our lives

3 Reasons Why You Should Avoid Using Free VPNs